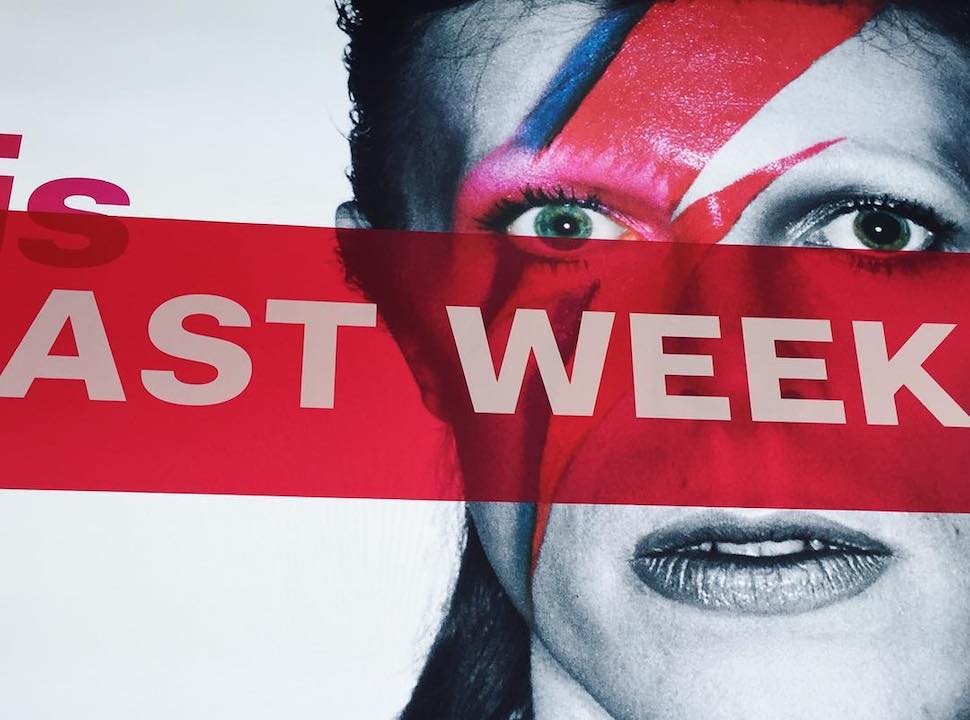 Victoria Broackes and Geoffrey Marsh’s touring David Bowie Is exhibition has announced its final stop: a four-month, sure-to-be-sold-out Brooklyn Museum run that starts on March 2nd and winds down on July 15th. According to a press release, the retrospective will feature “never-before-seen objects and work exclusive to the Brooklyn Museum presentation” along with special 3D sound provided by Sennheiser.

“With mainstream appeal and yet an avant-garde heart, David Bowie was one of the most original artists of our times,” said Matthew Yokobosky, the Brooklyn Museum’s Director of Exhibition Design. “He challenged the status quo and continually took us on new musical explorations with his forward-thinking and groundbreaking presentations. David Bowie continues to be the apex for many artists in wide-ranging disciplines.”

“Bowie himself left England in 1974 to eventually settle in America,” added Broackes, “so we could not be more delighted that the final leg of the tour brings the show back to New York, where Bowie made his home.”

Check out a trailer below, and be sure to reserve your $20 tickets here….