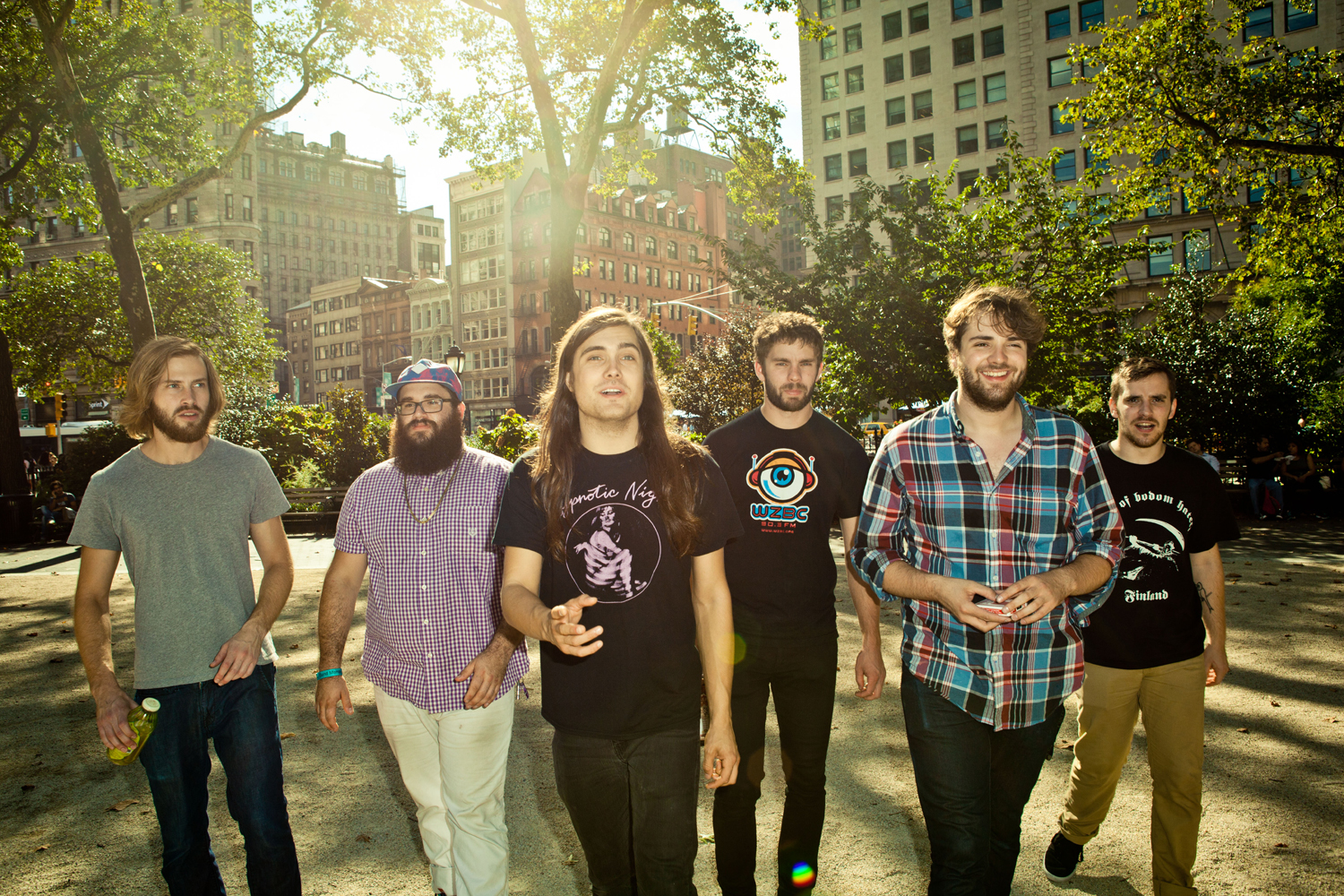 “Until very recently—and occasionally in between tours—I would take shifts as a karaoke DJ at the infamous Santa’s Pub in Nashville to make money while we’re home. Santa’s is the greatest place on earth; not just the greatest bar, but the greatest PLACE. It is a safe haven for everyone in DP to go when we get off tour, and Santa has always been an amazing bar owner and friend to all of us. He is a truly a great man, and I cherish the time I’ve been able to work there because I’ve had some of the best nights of my entire life doing so.

Anyhow, the karaoke at Santa’s can be wild at times and comforting and relaxing at others, and in the midst of all of it you start to make lists in your head of the best and worst songs to do at a place such as this. The following songs are half best/worst songs to do at karaoke, and half my favorite tunes to sing.”
—Casey Weissbuch (Diarrhea Planet)

1. Queen, “Bohemian Rhapsody”
I’m going to be 100-percent honest here. When I first started working at Santa’s, I really enjoyed this song as it would bring everyone in the bar together for a sing along, and it can still very occasionally do this for me. However, as time went by and I had been working there for a while, no song selection would make me internally combust more than this one. I would obviously never tell any of the patrons this—because as a karaoke DJ it’s my job to be pumped regardless of the song that’s been selected and I have no problem with that whatsoever—but there just comes a point in the night sometimes when you’ve been sitting at the karaoke desk for five hours, and someone thinks they’re the first person to ever sing this song and karaoke and a little part of you dies inside as they proceed to ruin this classic.

2. D’Angelo, “Untitled (How Does It Feel)”
Man, if you come into a karaoke bar, much less one like Santa’s, and totally knock this song out of the park with appropriate amounts of bombast and self-aware sexual hilarity, you could potentially blow everyone’s mind to pieces. I’m not saying this is an easy task, but if you nail it, you will be remembered and they’ll want you back. They’ll love you.

3. Journey, “Don’t Stop Believing”
This should’ve been No. 1. Every single thing I said about “Bohemian Rhapsody” can be applied to this song that has been ruined by every frat bro in America. Everything except that this song is a “classic”, because it’s really just “bothersome”.

4. Any hit from the ’90s
People say the ’90s are hot right now. They also said Hansel was hot at one point, and I still don’t know who that was. Regardless, the easiest way to have people simultaneously wholesomely laugh with you and sing along at a karaoke bar is to perform your rendition of any ’90s hit. You will proceed to be amazed at everyone’s lighthearted reaction, and at how the mood of the room could be easily lifted…especially if your song comes up right after someone butchers, say, “Don’t Stop Believing.” Take, for example, “Semi-Charmed Life” from Third Eye Blind.

5. Six Mix-a-Lot, “Baby Got Back”
No one EVER makes it past halfway through the second verse of this song. If you do, congratulations, you’ve won another verse and a half of large butt jokes…but only if she’s 5’3″.

6. Ginuwine, “Pony”
The dance moves options at this juncture are completely, and totally, endless. If you can’t figure out a dance move to do during this song then it might be time to end your karaoke career right here. Not only do the rump shaking options go on forever, but you have easy, hilarious lyrics to go with them. This just might be the perfect karaoke song.

“This usually results in either a ton of booing or a ton of laughing; either way, I win”

7. The Temptations, “My Girl”
Now we’re onto my personal favorite songs to sing. This one is probably my favorite, and not just for karaoke. It may be one of my favorite songs of all time. This also happens to be one of Santa’s favorites. It’s the just-right tempo for smooth moves without looking too embarrassing and has just the right amount of vocal melodic variation for you to showoff without blowing out your pipes. Keep ’em pristine; we’ve still got five more songs!

8. Fleetwood Mac, “Dreams”
This song could have the best chorus of all time. It really could. If I go to a karaoke bar, I’m probably going to sing it. I don’t even need the prompter anymore, which probably says how often I’ve done this song in a karaoke setting. The falsetto parts are so fun to do.

9. OutKast, “So Fresh, So Clean”
I know all the words to this song. I’ve got the different flows Andre and Big Boi laid down on this down to a science. This is a no-brainer for me. Not to mention it’s just a great track. Some great tongue twisters in here too; extra points if you can do this song completely deadpan sitting on a stool.

10. Neil Young, “After The Gold Rush”
Neil Young was a late discovery for me, so I still have fresh ears for tunes like this, but it’s just such an incredibly cool song. My favorite way to do this is, if they have wireless microphones, is to go sit at the bar and sing it in my best Neil voice, completely deadpan with no movements whatsoever. This usually results in either a ton of booing or a ton of laughing; either way I win.

11. The Rolling Stones, “Beast of Burden”
I love to sing this song with my friend Dani, so it kind of has a special place in my heart as far as karaoke songs go. It’s such a freewheeling, easy, breezy song to do in front of people too/ The general vibe it gives off is anyways; the content is a different story. When we do this song, we usually try to do very elaborate gestures to illustrate every line of what the song is talking about, so it makes it extra fun at karaoke.

12. Dion & The Belmonts, “The Wanderer”
This was the first song I ever did at karaoke about two years ago, and coincidentally it was at Santa’s. It was the only song I thought I knew all the words to. Once I got up and sang that song in front of my friends, I was totally hooked. It’s liberating in a way. Dion & The Belmonts are a really fun group to imitate at karaoke because you can really ham it up trying to do a voice like Dion’s. “Runaround Sue” is the Dion song people usually do at karaoke but I’ll forever have a soft spot for “The Wanderer.”

Diarrhea Planet’s latest album, ‘I’m Reach Beyond Your Wildest Dreams’, is available now through Infinity Cat Recordings. Its most triumphant melodies would make a great karaoke song one day. See them on tour this month; dates and details are below…

* with The Lovely Bad Things