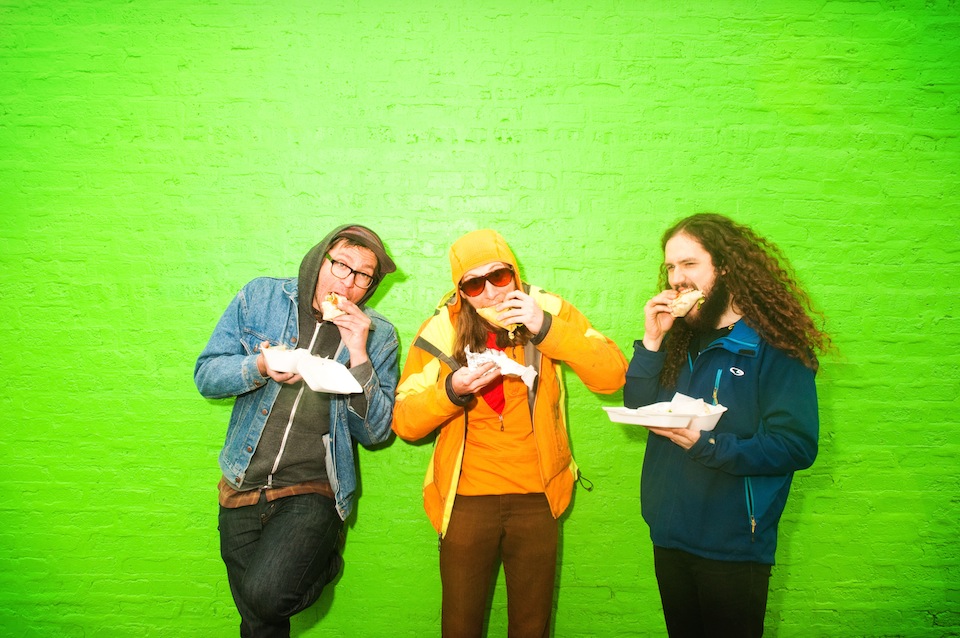 Since day one of starting this band we’ve been labeled as thrash, which we have always found laughable since we’re big enough fans of the genre to know that it just ain’t the truth. Get enough TRVE METALERS in a room and they’d probably argue we aren’t even metal, but whatever; we don’t really give a shit about that either. Thrash, to oh so many, is four bands: the relentlessly catchy Metallica, the technically insistent Megadeth, the speed focused (or mid-tempo meandering) Slayer, and the schlocky East Coasty why-are-we-even-considered-thrash Anthrax. I am here to tell you it’s all bullshit. I’m gonna go full Howard Beale on this institution and show you the true greatness that lies beneath the surface.

1. Kreator, “Betrayer” (1989)
Any metal fan worth his or her salt should recognize Kreator as a top-tier thrash act. With more good to great albums than Metallica have ever mustered, they stand as the premiere teutonic metal band alongside Sodom, Destruction, and to a much lesser known degree, Exhumer. This song was a single pulled from their fourth album, Extreme Aggression, and signaled their departure from full-on noise attack to something more akin to actual hits. In a sense, it is as much a harbinger of groove metal as Metallica’s Black Album, but the difference is it’s not complete shit. Enjoy the endlessly note-y chorus riff and trying to guess when Mille Petrozza is gonna yell the titular line. It’s great fun!

2. Voivod, “Killing Technology” (1986)
Piggy was one of the greatest guitar innovators of the 80’s, so much so that his predilection for playing diminished 5ths (the kind of chord that used to get people hung) are sometimes referred to as Piggy chords. It’s upsetting to the normies, and I used to piss my old drummer off when I would try and incorporate them into my riffing. Whatever. This is the first song off their greatest record, also titled Killing Technology unless you look at the spine of the vinyl and then it says Killing Thechnology. Everything about this song is amazing. The minute-and-a-half beeping intro, the robot voice that craws, “We are connected,” the Regean-era Star Wars references (the satellite defense system, not the movie, obviously) and then a full stop with a completely unrelated coda that is still considered the same song. It is among the greatest of all metal records.

3. Nuclear Assault, “Critical Mass” (1989)
Look man, I know I have a funny voice, but I take my inspiration from those who came before me and told everyone to fuck off long before I had to. Vocalist John Connelly doesn’t give a shit and he makes it work, so there’s hope for me yet! This song is best enjoyed paired with its music video, in which the band performs in front of an oil well, uses a smiling bouncy face to keep the listener on track with the lyrics which come out all twisted and fast, and, of course, the completely out of place babe that walks in during the solo. Yes, it’s political or whatever the fuck used to just be called having a conscience, but for all the talk of how fucked up global warming is doesn’t anyone remember the time when we were concerned about CFC’s and the hole in the ozone layer? Oh man, good times.

4. Dark Angel, “The Burning of Sodom” (1986)
We get the Slayer comparison I would say once a review, but I never really gave a shit for their all-intensity style of playing the same song over and over. My speed demons hail from Dark Angel, the most German sounding of all the American thrash bands. So fast I have no idea what they are even playing half the time. I think there is a live video where they play this song and they might as well just have a buzz saw with a contact mic on it or something as far as discerning what the notes are. 1986 was definitely the year when thrash looked like it could do anything before crumbling in the wake of death, black, and groove metal that we will never fully escape. Here is a perfect argument for why everything that came after was just some bullshit.

5. Testament, “Burnt Offerings” (1987)
I was told to just avoid Testament for years. One of those problems of being a promising band whose most famous work is probably also their shittiest. Looking at you Scorpions. Don’t matter none. Testament’s debut is one of the catchiest and ass-kicking of all of thrash and one of the many records that people argue should have given them a slot in the big four (along with Exodus who are really like at least 1,000,000 times better than Anthrax, or rather their first album is). Who fucking cares; this shit is so dead and gone that it’s ancient history. Thankfully, Testament still plays out and straight up KILLS. Their singer, Chuck Billy, has a mic stand that detaches and he plays it like a guitar when he ain’t singing. Not really all that apparent when you are listening, but I want to believe he did it in the vocal booth. Anyway, this song rips.

Oozing Wound’s latest album, ‘Earth Suck’, is available now through Thrill Jockey. Check out a few rippers from it and the band’s other records below…