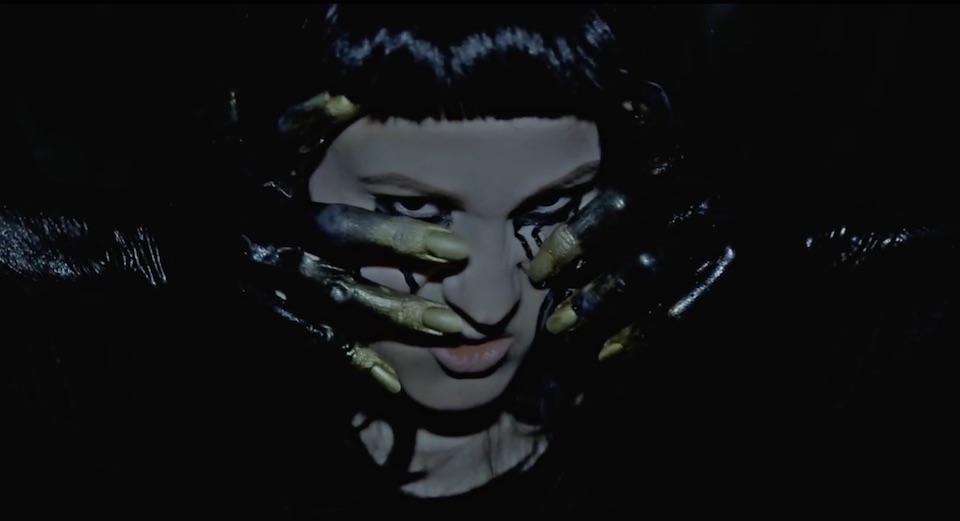 “Channeling imaginary characters in various shapes, moods, and situations is essential,” Sandra Tervonen told Noisey recently, referring to Femme En Fourrure’s creative process. “To us, every song is a character of its own. Sometimes the music builds itself around the character, sometimes it’s the other way around, and [in the end] the music creates a personality.”

In the case of today’s poison-tipped #selftitledpremiere—”Smell,” the title track from an upcoming EP that features three new songs and an Inga Copeland remix—that character is “sensual and brutal, animal like, very cocky but also very lonely—a kind of charismatic schizo. The song is also pretty much a feminine equivalent of a typical macho, women oppressing rap lullaby.

The Finnish duo (rounded out by Juuso Malin) continues over email, “The video, as well, feels like a portrait of her. We didn’t actually discuss the character with [director] Miikka Lommi in advance, but the cover art by Sakke Soini presented the first version of her and in the video-making process some new and unexpected qualities were added by Lommi and the makeup artist/stylist Piia Hiltunen. When shooting the video there was no script, at least that we knew of.”

Check out a complete rundown of Femme En Fourrure’s carefully developed “labour of love” below, along with the previously leaked ambient-pop tune “Blossom”…