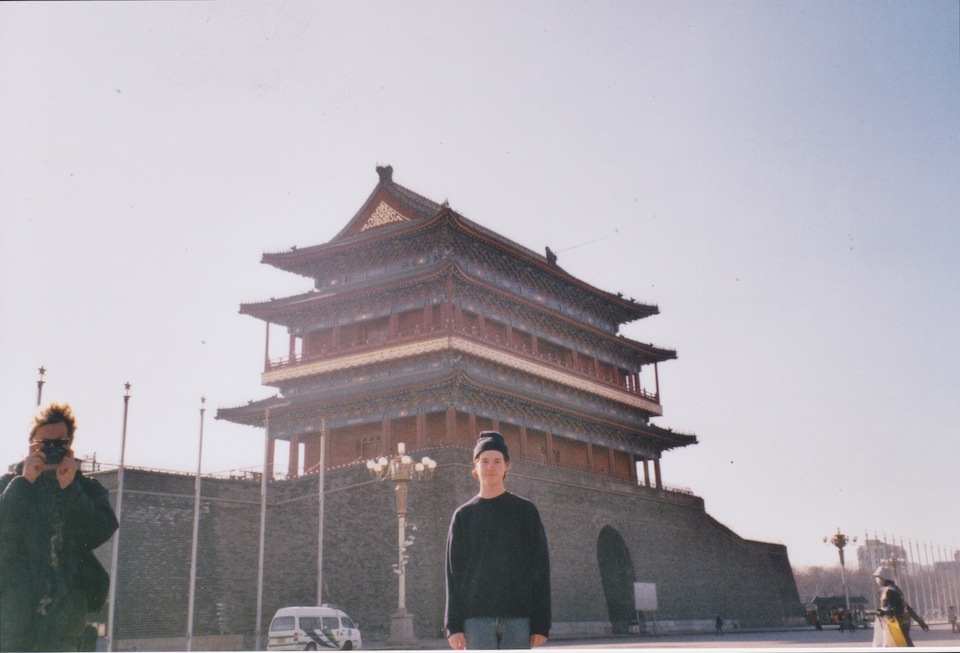 I have a pretty awful memory, but I think these are some things I’ve enjoyed this year…

1. THE MOVIE GAME
Another thing we’d do in the van was “the movie game.” One person will name a movie; for example, Cocktail. Then the next person has to name an actor from the movie—let’s say “Tom Cruise”—and then the next person says another movie that Tommy is in, like Top Gun or whatever. If you can’t guess an actor or movie, you get a letter, and once you spell “movie” you’re out. There’re some other rules, like challenging people’s answers and stuff, but I don’t feel like typing that all out. I wasn’t so good at it, but it passed the time real well.

2. PUSH UPS AND SIT UPS
Every tour we would try and do our “regiment”—as many push ups and sit ups as you could do and maybe a wall sit—but I could never manage to get my act together and would gain a bunch of weight. Since I stopped touring so much I’ve found it much easier to get it done. Even the smallest thing—like a little half-assed workout when you wake up—really helps to not feel like a piece of shit. 3. COMIC BOOKS
I spent most of the first half of 2014 in the back seat of a Dodge Caravan. A real piece of shit, with no head rests and no leg room. I generally feel car sick if I read books in a moving vehicle, but it turns out that comics don’t bother me too much. My friend Pierce got me back into them when he showed me the ones he was reading on his iPod touch. I didn’t really want to read stuff off a tiny screen, so I dropped some coin on a couple series. First one I read was Alan Moore’s Swamp Thing, and the second one which I’ve almost finished up now is Grant Morrison’s The Invisibles. Think I’m going to get back into actual books now though, so I feel more like the grown man I’m supposed to be.

4. CUCUMBER MINT SALAD
I live with my girlfriend Salina, and she is one hell of a cook. Every night we whip up something real nice, and half the time she makes her amazing cucumber mint salad. All you do is chop up a cucumber into nice sized half-moons, throw a handful of mint leaves in, and do a dressing of vinegar, olive oil, sugar, salt and pepper. It’s so fucking good, and the easiest thing on earth to make. You can even throw a red pepper in there to give it some color. 10/10; I highly recommend it.

5. MY BAND
I play all the instruments on my records, but when it comes to playing live nothing beats having a tight band of high quality humans. I’ve managed to put together a group with three of the finest men in Montreal. Their names are Greg, Mark and Brad, each one irreplaceable. Nothing beats playing with your pals.

Homeshake’s latest easy-breezy effort, ‘In the Shower’, is now available through Sinderlyn. Stream it and a couple other records via Bandcamp below…