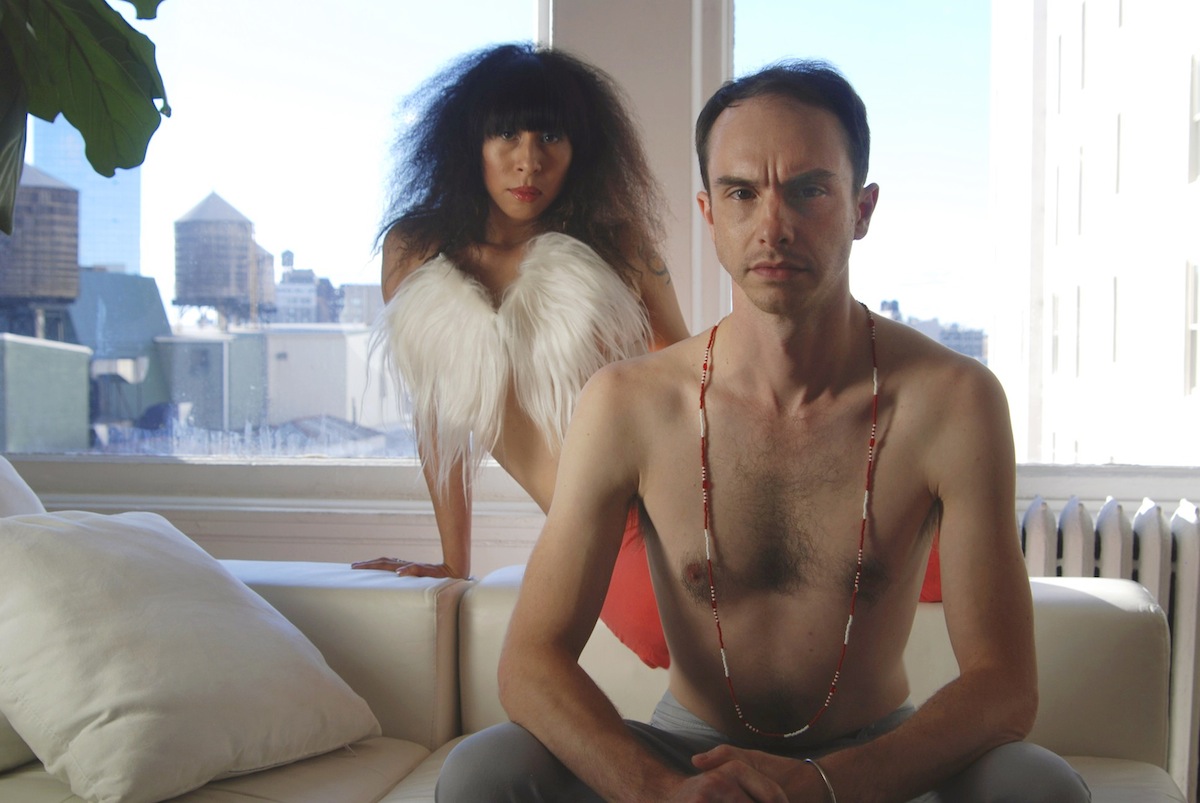 As longtime supporters of Gavin Russom–the producer/multi-instrumentalist best known for working with LCD Soundsystem, Black Meteoric Star and his one-time partner in psychedelic synth lines, Delia Gonzalez–we’re happy to report that he’s finally released the debut album of his latest passion project, The Crystal Ark. Rounded out by vocalist Viva Ruiz and joined by a revolving door of guest players and party people onstage, the collective will celebrate the release of their self-titled LP at (Le) Poisson Rouge tomorrow night. They’ll be supported by DJ sets from such reputable floor-fillers as Todd Terry and Pat Mahoney (Special Disco Version, LCD Soundsystem).

We’ll be giving away spots to this show–which also happens to benefit New York Cares–on our Twitter account and Facebook page. In the meantime, Russom and Ruiz shared five records they’ve both been bumping lately…

Jamie Principle, “Bad Boy (Unreleased Version)”
I’m in awe of Jamie Principle’s songwriting and stripped-down production style. The better known Frankie Knuckles version of this track is great, but the stark, moody atmosphere of this version give so much more depth to the (incredible) lyrics. –Gavin Russom

Klein & MBO, “Dirty Talk”
I got introduced to this track while living in Berlin and just rediscovered it. The breathy vocals, virtuosic rhythm guitar and fantastic synth programming make it shine. Seductive and uncomfortable at the same time. –GR

MoNeOa, “Pretty Disaster (Da Capo Mix 2)”
From the exploding South African house music scene, this track is a killer. What else can I say? The vocals, harmonies and rhythms are just devastating. –GR

Charles Manier, “Who Raised”
The consistently high quality Nation label from Chicago is releasing this one very shortly. Sinister and ecstatic. –GR

The Ones, “NYC Jungle”
Viva introduced me to this track recently. The title says everything. Relentless breakbeat and flawless vocals. So on point and unique in its sound. –GR

Gloria Gaynor, “Most of All”
Deadly bassline made love to by the sexiest chorus of all time. –Viva Ruiz

Lil Wayne, “John”
This track makes you feel like your head is going to explode like in Scanners–no mercy. My little brother AK says never trust a CO; however Rick Ross kills it on this track, and in the video there are bats and Mad Max hip-hop ladies that look like they are going to kill you with a spatula? Sold. –VR

Light Asylum, “A Certain Person”
Sounds like the way the sky makes you feel in magic hour. More delicious work from Shannon and Bruno. –VR

Alice Cohen, “Mauve Mood (Gavin Russom Remix)”
The hook in the verse hasn’t let me go for months, with beats that are perfect for subway riding, purposeful, driving. A really perfect song. –VR

House of Ladosha, “Rollin”
I want to say these bitches have lost their minds, but not sure if that could be understood the way I mean it? They know it’s the highest compliment, and it is. This track serves you the freshness of New York City right this second, and I just can’t stop singing along. –VR