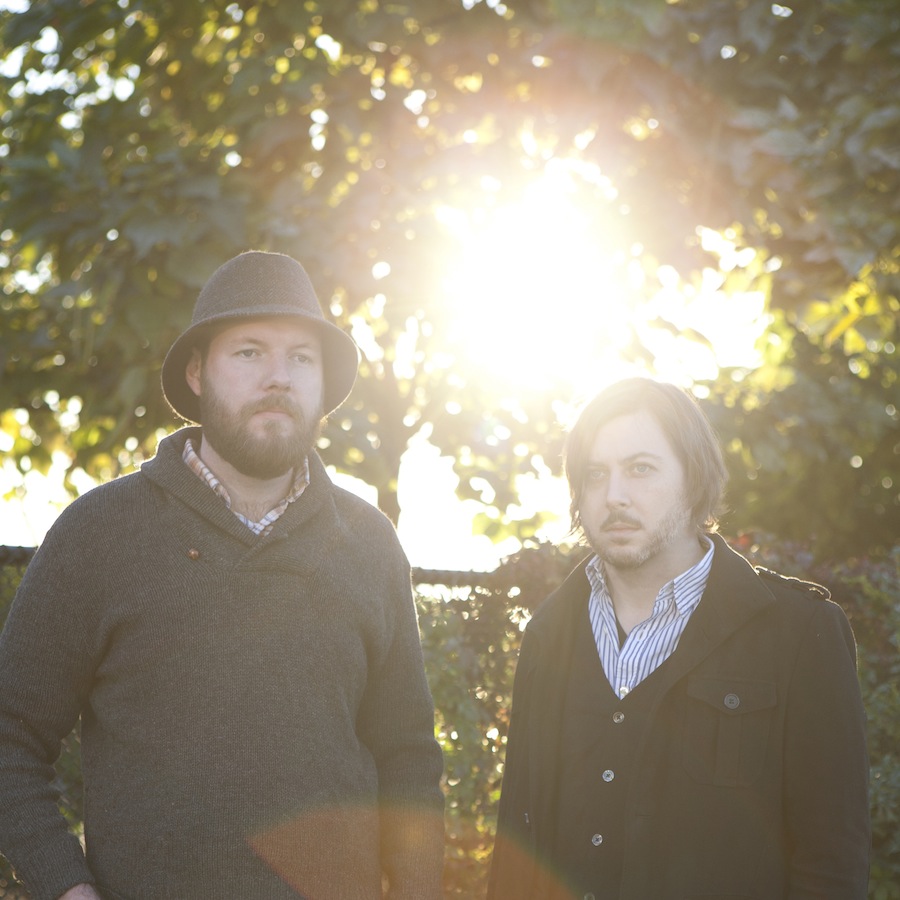 Listening Station is a recurring self-titled feature where we ask our favorite artists one simple question: What records have barely left your side lately? Weighing in this week are Mountains, who just delivered one of the year’s first truly essential drone-on albums (Centralia) through Thrill Jockey…

Microstoria, Init Ding (Mille Plateaux, 1995)
Oval is one of the first things that got me into ‘electronic music’. I remember heading into Manhattan in high school, walking through Liquid Sky’s (the rave store) tiny basement shop to find an import copy of Systemische after having heard a few snippets of the first release Whonton via a friend. While his process was interesting, and at the time fairly singular, there was something about the fragmented sense of melody that really resonated with me more. A year or so later, Init Ding arrived from Popp’s new collaboration with Jan St Werner (of Mouse On Mars), Microstoria. While I still love a lot of Popp’s work from this period, this is the one I probably listened to the most.–Koen Holtkamp

Tape, Milieu (HÃ¤pna, 2003)
Milieu picks up right where Tape’s first record left off. The music is understated but very affecting and powerful. The combination of organ, electronics, keyboards and acoustic guitars works very well. The sound is somewhat improvised, but the music itself is very composed so it never seems aimless or meandering.–Brendon Anderegg

Charlegmagne Palestine, Strumming Music (Shandar, 1974)
I’ve written about Four Manifestations On Six Elements on a few occasions so I thought I’d pick a different Palestine recording this time around. After not having revisited this for some time, I spent the early morning hours of the first day of this year reacquainting myself with one of his most slowly unfolding and precisely metered piano pieces. I’ve been somewhat re-obsessed with it ever since. His fluid, gradual sense of development and delivery continues to be an inspiration for what we do, except he does it all with only two hands and a gorgeous sounding Bosendorfer piano. A wonderful beginning to the new year. Go see him live if you have the chance; he’s quite the storyteller as well.–KH

Roberto Cacciapaglia, Sei Note In Logica (Philips, 1979)
Originally released in 1979–the same year as Cacciapaglia’s recently reissued avant synth-pop album, Ann Steele–Sei Note In Logica is a different experience altogether. Featuring an orchestra and female choir that are clearly influenced by the phasing and repetition of the American minimalists, as well as some of the finest bubbling pseudo random electronics these ears have ever heard coming from an old IBM computer, Sei Note In Logica‘s shifting balance of electronic and acoustic elements pretty much perfectly illustrates how natural such a combination can be when done right. –KH