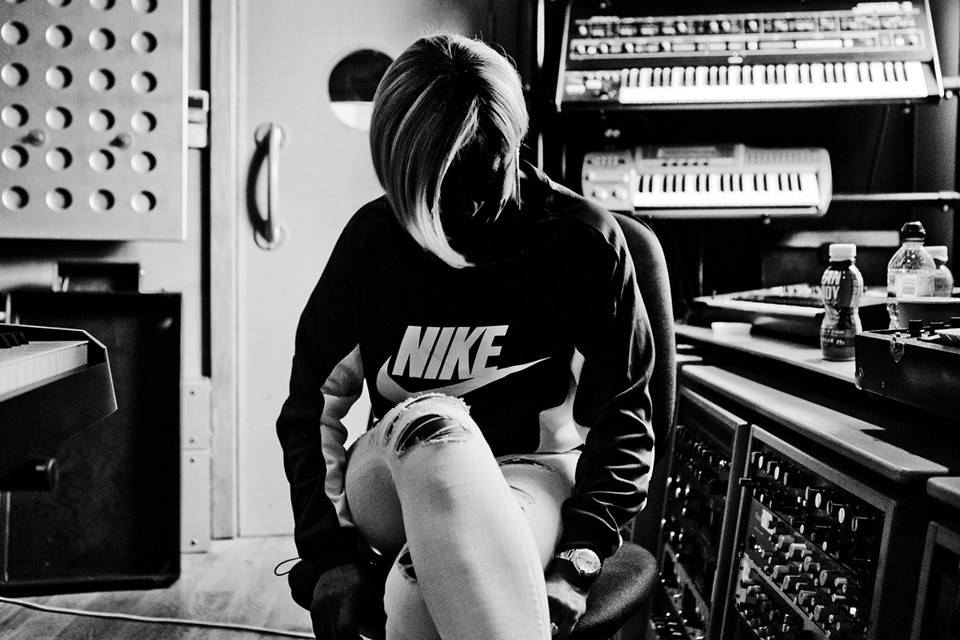 Disclosure, Sam Smith and their primary writing partner Jimmy Napes confirmed their role in Mary J. Blige’s new album over the weekend as part of a Guardian profile on the singer, bringing her relationship with the four close friends over the past eight months full circle.

“It has been a little bit surreal to be honest,” Napes said of Blige’s recent month-long stay in the UK, aptly dubbed The London Sessions. “I grew up listening to Mary J. Blige, and then there she is with the Disclosure boys in Kentish Town, where my studio is, next to a car park. She had loved ‘Stay With Me,’ which I wrote with Sam Smith for his album, and that’s how I got the opportunity to work on this project. We were writing for a week or so—we’ve got some wicked songs. It does take time to get the confidence to say to her, ‘I think you can sing that better,’ but it’s crucial. She is counting on me to call her on stuff, because she wants to make the best record she can.”

Blige first decided to work with Disclosure after seeing their “F For You” video on YouTube. After asking to cover the song, the concept of a full-on collaboration was hatched, pushing both artists in refreshing new directions and even resulting in a live performance together at New York’s massive Terminal 5 venue. Blige also ended up performing Smith’s breakthrough single “Stay With Me” with him at the Apollo Theatre.

“I love what Mary did on that track,” Howard Lawrence—one-half of Disclosure—told the Guardian after being asked about their “F For You” duet. “She hadn’t just changed everything, written entirely new stuff and gotten rid of everything we’d done. She wrote something we believe totally fits with the track stylistically—it’s an excellent house music vocal. But she also chose to send it over and say ‘what do you guys think’? As opposed to putting it straight out and saying, ‘I don’t care what those guys think, I’m Mary J. Blige.'”

As for what they’ve done together since then, Lawrence revealed a few details about a new track called “Right Now”: “[It] started with some chords I made on Jimmy Napes’s piano. We took that and gave it a Disclosure-y feel with some drums that Guy [Lawrence] made. Mary leaves the instrumental side to us and gets much more involved when it comes to writing vocals. So she puts an idea in, then we all have a dog-fight until someone comes up with something that they agree on. It’s a really good way of working, because no one is afraid to just pitch ideas.

He continued, “Mary has amazing vocal control but she also has such a level of soul to her voice. That’s why she is the queen of that style, of writing using ad libs. She’ll just go off on one over a track, and get really into it—just sing whatever comes naturally. And that normally ends up making the final take.”

Other producers and songwriters who’ve worked on The London Sessions include Rodney “Darkchild” Jerkins (Lady Gaga, Beyoncé, Michael Jackson), Naughty Boy, Emeli Sandé and recent Roc Nation signing Sam Romans. As Blige put it, “Our idea was to become part of London, to really embrace the culture—to really live in it. Not that I haven’t been here before, but I’ve never had the chance to really soak in it the way I have this time. To make records from the London-scene perspective… The music is free over here the way it used to be in the States. Artists are just free to do what they love. Listening to the radio you can hear the freedom. The music is living and breathing—you can hear that from Adele’s last album. It was massive—a big deal. But she did what she loved.”

“With my record—and when you think about Adele, and Amy Winehouse and Ed Sheeran—we’re not worried about the way we’re looking, the way we’re coming across in our music,” Smith added. “We’re just saying what’s in our minds and in our hearts. Some people think that when you are singing about heartbreak, or how lonely you are, or how sad, that you are admitting to weakness. But I don’t see that as weakness. I see that as strength—to be able to face your issues and your sadness head-on. That’s what I’ve tried to do in my music, and I think that’s what this Mary album is about—a fearless vulnerability.”