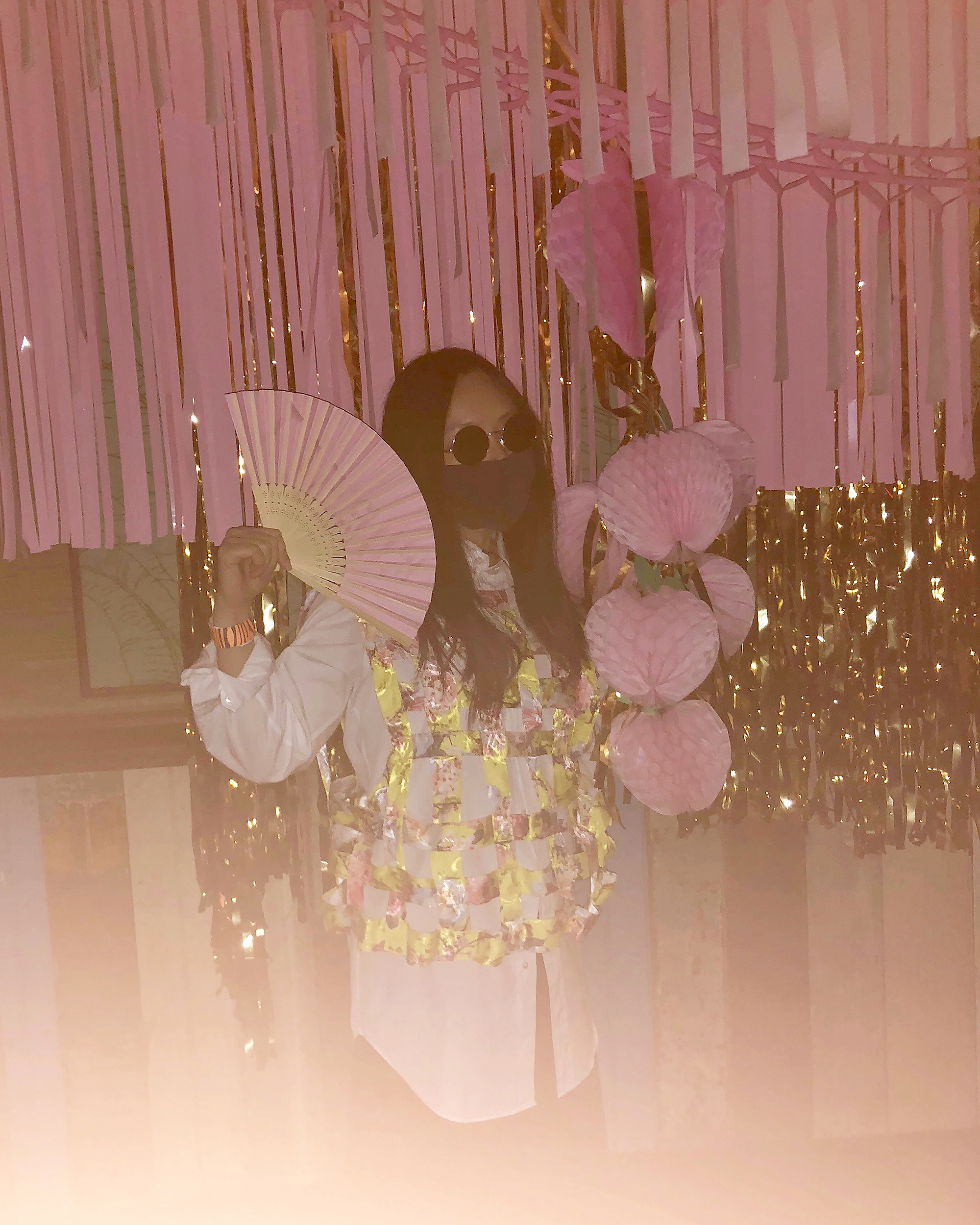 As Miho Hatori first revealed in an exclusive Needle Exchange mix a couple months back, the Cibo Matto co-founder is now making solo music inspired by “soy sauce and Caribbean beats” under the alias New Optimism. The project’s debut EP hits shops through Phantom Limb today. Here are the stories behind Amazon To LeFrak, along with a streaming version of the entire record….

“INTRO”
The final song on my last solo album (2005’s Ecdysis LP) was called “Amazona”. I wanted Amazon To Lefrak to relate to that record, with a girl leaving her home—the Amazon—and coming to a big city. Somehow she ends up in the LeFrak City part of Queens. The first song she hears there is “Superthug” by Noreaga. (He is from LeFrak City.)

I projected my beloved mother onto this girl. She’s had a mental issue—a chemical imbalance of sorts—since I was a child. So I have two memories of her: before and after it happened. I always need to find my new optimism between it, and I think this girl was born from there.

Creation always guides me to accept reality. If I am able to cheer someone up on this planet through my music and creation, I feel blessed. Because music has always done that to me.

“DR. MY-HO”
This song is a bricolage of my experience and imagination. I had to go to many doctor visits when I got a rare pneumonia called Legionnaires’ disease 10 years ago. Taking many antibiotics destroyed my body’s immune system and I had to deal with the effects of this.

I really needed to create something; I needed some “new optimism” to overcome this, so I wrote this song. Every time I was at the doctor’s office, the reception people didn’t know how to properly pronounce my name and it always sounded like “My… Ho?”

I had many acupuncture sessions since Western medicine wasn’t helping. I spent a lot of time in waiting and examination rooms. I often stared at the posters of anatomy charts/body trigger points on the wall. Those memories of acupuncture sessions and conversations were very interesting. They were good ingredients to make a fictional story that inspired the song “Dr. My-Ho”.

“KING OF MONSTERS”
Godzilla is kind of a deity to me. I grew up in Japan and the country has a deep relationship with nuclear power from the war (atomic bombs in Hiroshima and Nagasaki) and the earthquake/tsunami (2011).

The nature of Japanese islands is so rich and we have a religion, Shinto, that is based on a beautiful philosophy looking to the spirit of nature. When I was growing up there, I witnessed the development of modernization in Japan. Human beings always take advantage of the nature to survive. I feel empathy, mono no aware. This song is made for the spirit of nature.

“JET SETTERS”
I love traveling and I am not against globalization, but I think it’s important to acknowledge that globality and globalization are different. This idea comes from Édouard Glissant, my favorite poet and philosopher.

“INVISIBLE TAN”
I made this EP as a mixtape. I sometimes meditate to remember my beginner’s mind—when I first came to NY in the ’90s. I wanted to put this spirit into the New Optimism project….

In a taxi while listening to the driver’s mixtape, feeling the air on FDR. The taxi drives too fast, but this is NY. We have to ride it out.

“HOWLING”
This is a song I made with Rostam Batmanglij when he was living in NY. I love this collaboration.