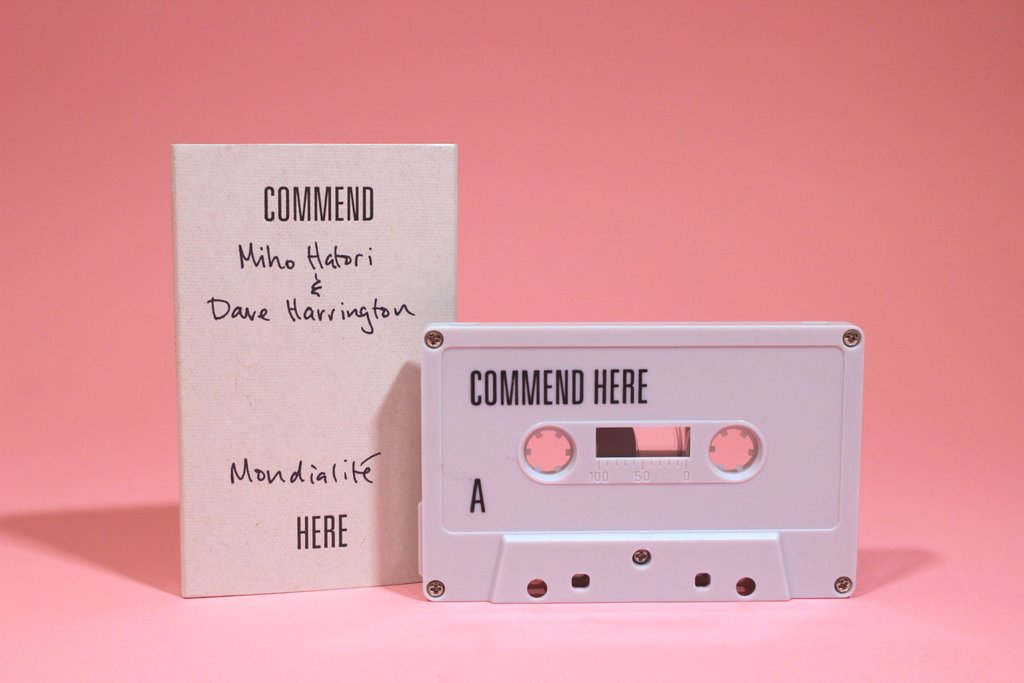 As many of you heady New Yorkers may know, RVNG Intl. has a lovely record/lifestyle shop on the Lower East Side called Commend. Aptly described as a “place to praise and blaze,” it also happens to stage occasional in-store performances that are far more fulfilling than a typical promo tour.

One such event was last winter’s one-night-only exchange between guitarist/producer Dave Harrington (see also: Nicolas Jaar’s dearly missed Darkside duo) and Cibo Matto co-founder Miho Hatori. Available now as part of the the ridiculously limited Commend Here series (we’re talking just 35 hand-numbered tapes, people!), Mondialité is a spellbinding improv set inspired by Hatori’s ongoing study of Edouard Glissant’s “globality” theories. Check out an excerpt from the nearly 40-minute piece below, along with a couple shots of the night in question. Hatori is also working on an exclusive mix for our Needle Exchange series, so look out for that sometime next month….