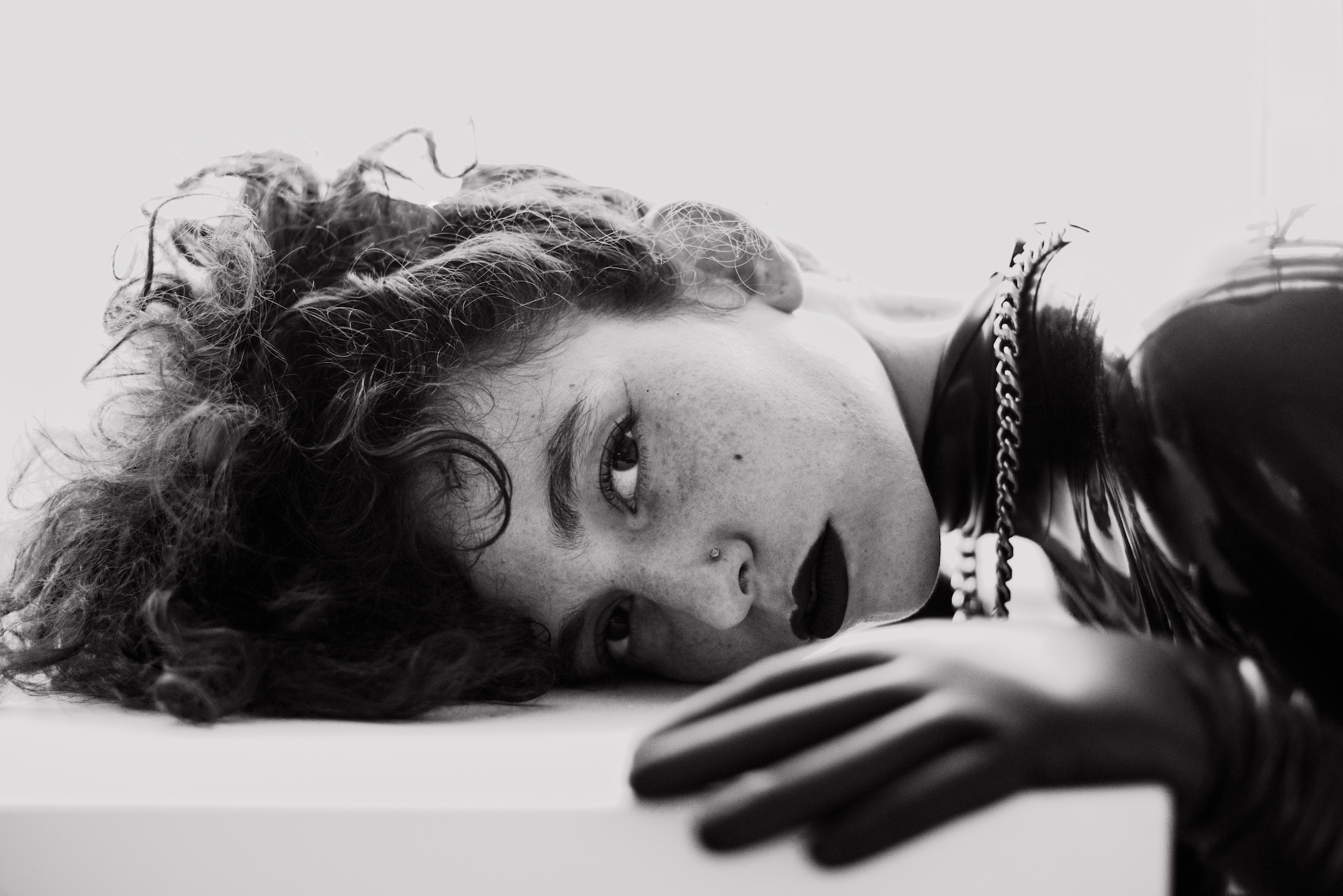 Making good on the promises of Miss Red’s explosive Murder mixtape, K.O. finds the MC flipping dancehall on its head, absolutely owning the minimal-yet-maximal beats of The Bug. It’s not just aimed at open-minded clubs, either. The album has its fair share of ambient asides and airy introspection; here are the stories behind the songs on one of the year’s most flawless debut LPs, rendered in full relief by Miss Red herself.

Side note if you’re in Europe: Miss Red and The Bug will be playing two massive release parties in London and Berlin next week. Don’t sleep….

“DAGGA”
When a man is just looking at a woman like she’s a piece of meat, she can sense it in him. She can sense how all her qualities as an intelligent being are disappearing in his eyes, and all he can see is a sex doll he can use for his selfish pleasure. So as women, we have to be aware of this minimising of our gender, and not let it effect us, as we know how much more we are—how much more we have to offer. So men, just to get this straight I wrote “Dagga,” so you know I see your hunting game. But you can’t do this to me; I am stronger then that. You can’t and won’t ever get me that easily or cheaply. I know what I am worth.

“ONE SHOT KILLER”
I don’t need a million shots to get where I need. I am focused; I am on; I am a one-shot killer. No need for more.

Listen good to this one and you might just catch my story. Balance and awareness is the name of the game.

“SHOCK OUT”
Let it go, my people. Whatever kind of badness pollutes your spirit, this is the tune to forget about it, and just shock the shit out of it. Let the explosive fun of the lyrics/attitude release your spirit into maximum jiggling. Keep remembering that joy is always out there, waiting for you to join in.

“MONEY MACHINE”
It will hunt you mercilessly. It will demand you sell your soul for its instant gratification. It will crush you endlessly until you become a part of its greed-first strategy. It’s the system that has run the world for centuries now, and it’s the global meltdown we all suffer eternally, unless born with a silver spoon.

It relates to everything—everybody with his own perspective on it, with his own experience of it, how it tries to corrupt you, and damage contaminate everyone around you, and even you, yourself as well. So keep your eyes open. Let yourself see the truth behind its seductive exterior, and don’t act with ignorance as it will transform you into everything you once hated, if dont won’t fight it’s corrupt politricks.

“ALARM”
Tenor Saw was a top dog MC (RIP) who has inspired me for so many years with his positive tone and words. The sense of joy and fun in his melodies deserves full admiration. His radiant songs just instantly bring life into the deadest dancehalls and immediately lifts people up. And you know, introducing smiles is a big deal; that’s what is the most important thing in life–love.

“WAR”
Shit can be so depressing in this world of war, corruption, and hatred. How the poor and disabled get systematically abused to the max, and completely abandoned after being pushed away is so distressing. The Kings of Capitalism always declaring war against the weaker links, manipulating everyone against those they see as inferior, or their enemies, detractors, and critics, only so those power mad leaders can continue to achieve whatever their greed-obsessed mind is searching for. This system have been perpetuated for too long. There has to be another way….

“COME AGAIN”
The mind and body of the free, the place where you can get tun up, not looking for fashion, nor trends, only pure sonic lightning and the highest of energies though music people! Respect to the max for those singers and players; the people that create these essential moments in life that are created via free, open spaces in music, We ask them to do it more and more, again and again. I am addicted to music’s soul medication; the best can offer the finest escape routes…. 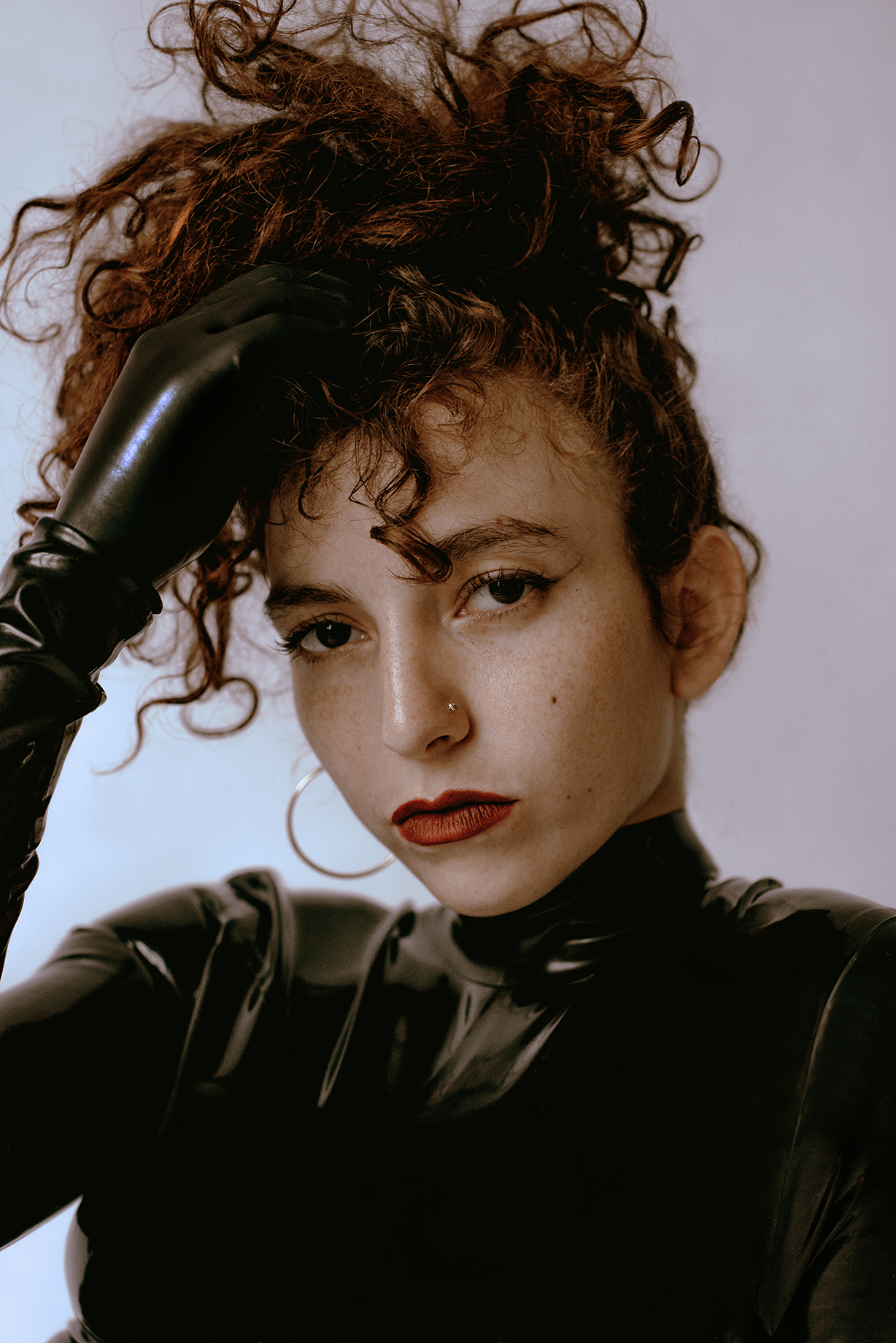 “BIG”
Dancehall/reggae is the source of so much goodness. For me, it established hardcore vibes from another planet, rising from those golden sounds of the ’80s. It’s digital revolution. The Caribbean musical form went onwards/upwards to develop a global, international avalanche right through to 2018. Jamaican reggae culture so well deserves being memorised in the history books eternally.

So this song is all about bigging up Jamaican culture every time. A little island, which has given our world the BIGGEST seismic shock via its songs, voices, and giant speaker boxes!

“CLOUDS”
When your mind is ital, and only goodness is on your mind, the feeling is like being on a cloud. When I created this song I couldn’t settle for less than feeling the best, letting my energy flow, until I could rest in such clouds. The tune is made with sound clouds, where the only thing you could see or feel is absolute harmony. Floating away to freedom.

“DUST”
I always keep moving from place to place, but then keep coming back, returning to square one. People would tell me, this place is different now, or this ain’t the same thing anymore; it’s not the same place, but it always looked like it had never moved anywhere, and will always be the same, just more evidently clearer then before.

I could understand why I had left, but the funny thing is, I could really finally see them clearer after I had moved away to gain a fresh perspective.

“SLAY”
In this world that is demanding you to always scream to get noticed, to endlessly put yourself out there to proclaim fake power, I claim different. I say there must be a different path. I don’t want to sell out; I don’t need to. I slay it my own special way. Nobody really needs to show me this way, to slay in their way. I have my own way to slay.

“MEMORIAL DAY”
When darkness falls on me, it means infinite sadness and misery can suddenly suffocate me, until all I see is blackness all around me. And if I won’t exorcise those negative feelings though my songs I would probably just go completely crazy. This tune is like a memorial tune, so I can never forget the continuous sense of loss haunting this world. It’s a reminder of the games that people play with people’s lives, so they can finally get there most animalistic of wishes. The lack of sensitivity people show for each other is heartbreaking, and can have drastic consequences towards each other.

This song is a light for me to see though the darkness.

“K.O.”
That’s it—game over. Whatever you where doing before you heard this record is instantly wiped out and erased by our killer sound. KNOCK OUT! 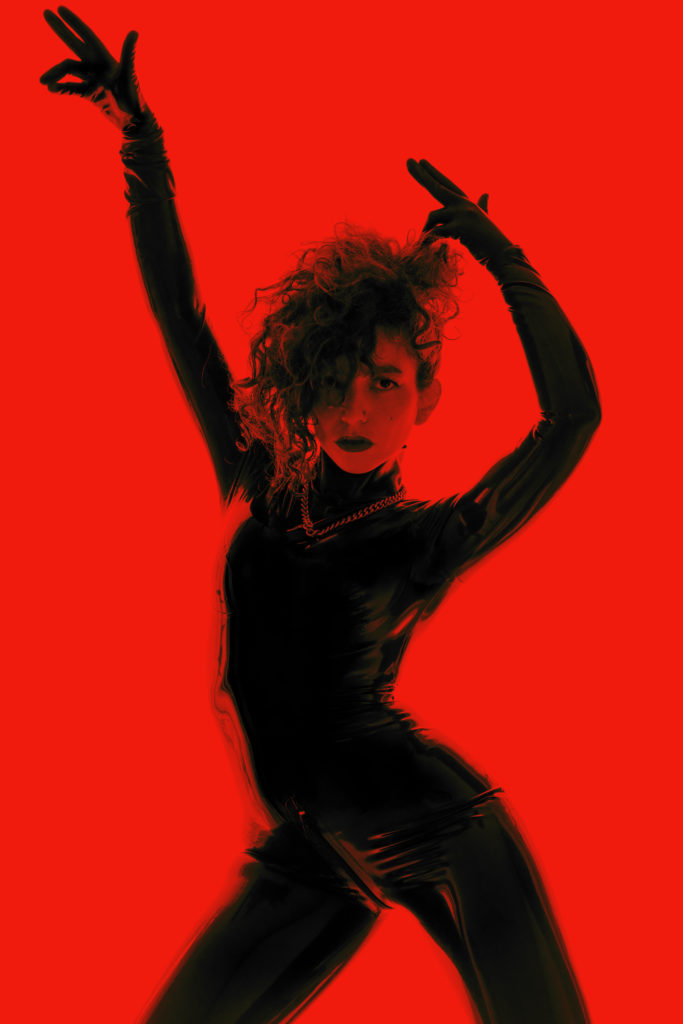