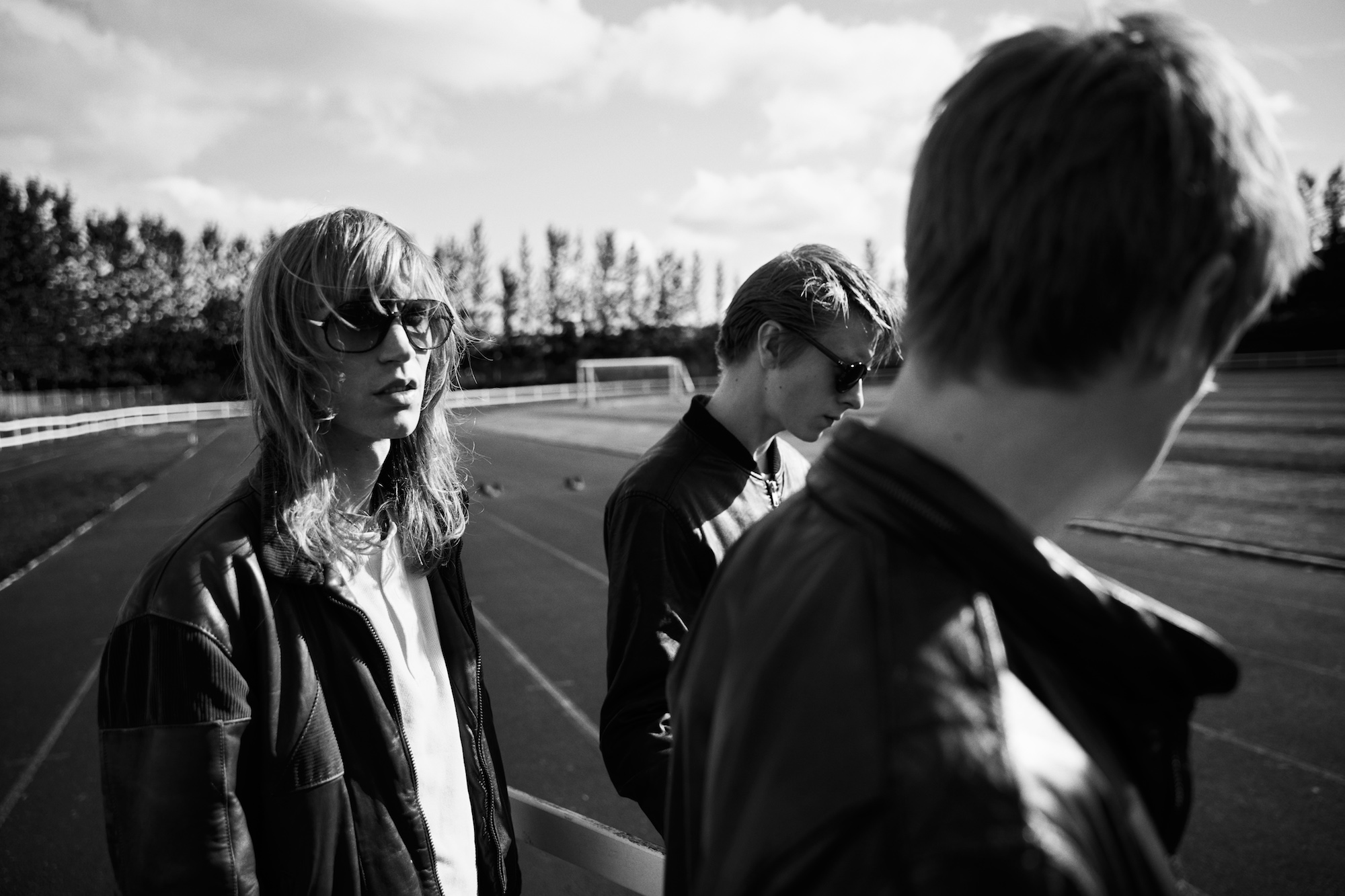 Our first Needle Exchange mix of 2017 is by Reykjavík’s own Fufanu, a recent find that excels at fractured electronic music and steely post-punk melodies that stick in your simple little mind within seconds. Founded by singer Kaktus Einarrson and guitarist/programmer Gulli Einarrson—no relation, mind you—and rounded out by drummer Elli Bang, the Icelandic trio has earned a few key fans over the past couple years. Damon Albarn, for one; aside from cutting a remix of last year’s “Ballerina in the Rain” single, the Blur frontman tapped Kaktus as a studio engineer on such projects as Bobby Womack’s final album and the Maison Des Jeunes record that paired Malian musicians with such esteemed guests as Brian Eno and members of Metronomy and Django Django.

“Working with Damon was great,” Kaktus explained in a Bandcamp feature last week. “It gave me an insight into the craftsmanship that music is. You have to work and always challenge yourself. Bobby was unbelievable; you seldom knew where his mind was, due to his illness, but when it came to the performance, you never had to question if he would nail it. A true artist!”

Another crucial connection made through Albarn was Yeah Yeah Yeahs guitarist Nick Zinner, who went from recording a well-received Fufanu remix to producing the band’s new Sports LP. It’s due out this Friday through One Little Indian, and can be sampled below, right alongside their debut record. But first, that aforementioned mix, which the group describes as follows:

This mix was recorded on a cold depressing Tuesday night at our studio in Reykjavík, and it represents pretty much what we listen to in everyday life, whether we are at home, on the bus, or partying. The mix includes tracks by artists that have influenced us through the years and tracks that we love by Icelandic friends. Like everything everything else, a good mix needs a good build up. We recommend listening whilst drinking your first cup of coffee in the morning, having sex, or taking a good long run. Press play and shut up.

Previous Raime Unveil Dancehall Mixtape, Our Versions of Their Versions
Next Grebenstein Turns Up the Tension With “Loss”