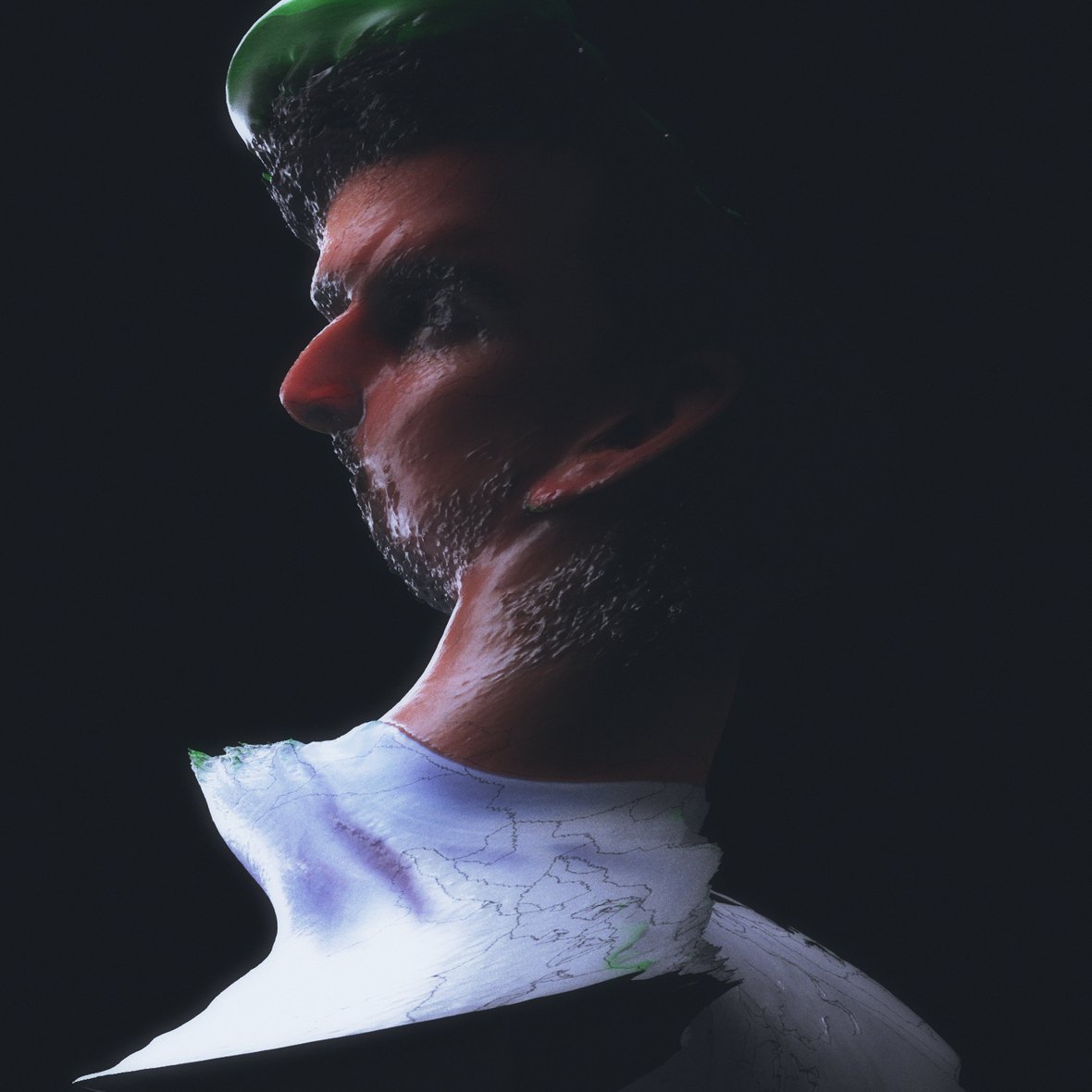 It probably shouldn’t be a surprise considering he’s a microbiologist by day, but Tristan Douglas treats every one of his Antwood records like a treatise you can dance to. While last year’s Virtuous.scr LP tackled artificial intelligence, this Friday’s Sponsored Content album channels Douglas’ own personal life, including his struggles with sleep deprivation and sneaky ad campaigns.

“In the past year,” he explains, “I found that ASMR, which I had previously used as a source of foley in my music, was a fairly effective sleep aid. I’d been using the videos in this way for a few months, when I noticed a popular ASMR YouTuber announced a plan to incorporate ads into her videos; quiet, subtle ads, woven into the content. What bothered me about this was that these ads would target viewers, such as myself, during times of semi-lucid vulnerability. This disturbed me, and I unsubscribed.”

Has today’s constant barrage of media content made him consider getting away from it all—maybe moving out into the woods and never coming back? “I do live out in the woods!” he says. “Well, until recently… somewhat reluctantly. I just try to avoid things that are disingenuous. I go by gut feeling most of the time. I don’t use Instagram, and don’t really read online music articles, for the most part, no offense! I do like the idea of bots though—bots to facilitate meaningful relationships with and even learn to love, even when fully aware that they are bots. I find that incredibly romantic.”

To delve into all of the above on a deeper level, we asked the Canadian producer to share an exclusive mix and answer a few questions. Here it goes!

Can you start by telling us a little bit about your mix, including how it ties back to your new album in terms of its themes, general vibe, etc.? Much like your own music, it certainly doesn’t sound like you just threw a bunch of tracks you dig together. There’s
some bigger ideas at play, and recurring elements that make it sound almost dream-like.
You are right; many of the tracks on the mix are early prototypes of the Sponsored Content material. Some are longer, more drawn-out versions of pieces which got streamlined, and some were completely overhauled, or put elsewhere for another day. Regarding your other two points: I do like recurring elements in music, and in general. I often listen to music when I sleep, and recurring themes are something I find soothing and meditative.

There appears to be clips from a meditation video woven throughout it. Is that an example of the ASRM YouTube clips you’ve used as a sleep aid over the past year?
Yes, it’s from a roleplay ASMR vid. But I’m over ASMR. It doesn’t help me sleep. It’s become too hyper-sexual and commodified, for the most part. Not that those two things are inherently bad, but that’s not why I got into ASMR. It’s still a good source of found sounds in music, though.

Have you always struggled with sleeping? Or has it gotten worse in the recent years, as the internet gives us access to a never-ending stream of information and negative feedback via social media, the 24-hour news cycle, etc.?
It’s only been about one year that I’ve struggled with falling and staying asleep. I don’t really keep up with the news too much outside of the Canadian Broadcasting Corporation, or engage in social media. I mean, I’m exposed to all that, but it’s not a big factor in my life and isn’t the reason I can’t sleep. The reasons I can’t sleep are more… personal. But it’s getting better.

Your last album revolved around the idea of artificial intelligence. As that topic becomes more and more commonplace in the general discourse—from self-driving cars to keeping robots from killing us—I feel like so many recurring sci-fi concepts are starting to come true. Do you find that exciting, frightening, or a little bit of both?
LOL. Both!

You have a day job as a microbiologist. How would you describe where that field is at right now? Is progress being made at a feverish clip, or is slowed down by questions of ethics—critics worrying about scientists ‘playing god’ and what not?
Like gene editing? I suppose this can go either way; sometimes I agree with the tech, but not the politics, or sometimes the other way around. It’s a worry to me that seemingly benign genome sequencing organizations like 23andMe or Ancestry.ca pose a risk to not only your privacy, but that of your whole family. If health insurance companies got a hold of this information, genetic discrimination could go Gattaca-style quickly. Or, more pertinent to this record, corporations buying up genetic databases for targeted marketing and advertising is a disturbing concept—genetically sponsored content. I realize there are safeguards in place for these types of things happening, but I tend to lean on the cautious side.

Is there a certain area of microbiology that you specialize in?
Basically, I work in the mud, rip apart cute, innocent little diatoms and cyanobacteria to look at their DNA to see who lives there and what ecological process they fulfill. I also investigate chemical isotopes and organic material in mud cores to see how quick sediments accumulate, and how much atmospheric carbon can be buried permanently in mudflats over time.

Do you find it funny that some elements of microbiology have become kinda trendy in a roundabout way recently, as many people embrace “good bacteria” in their diets and use science to experiment with things like beer and other forms of fermented food and drinks?
I respect the gastrointestinal microbiota. Sometimes I don’t take perfect care of my own. Maybe that’s why I can’t sleep. No joke. I generally believe in the health benefits of fermented foods. But, again, there can be some very suspicious things out there, like “probiotic” yogurt… with 16 grams of sugar in a single serving. Fuck that.

To bring things back to music a bit, what are a few records that resonated with you on a deeper level recently?
I really love to listen to women sing. I pump iron at the gym to these recs for real:

How about non-musical things like books, films, etc.?
No pleasure reading for a long time. ☹

Cautiously optimistic about Blade Runner 2049, though.

What can we expect from you next?
I have a new caretaker, Olivia Dreisinger. She’s going to help me get into fan fiction and Bingo.

Previous AudioBoyz Celebrate the Rise of Gqom
Next Lunice Taps SOPHIE, Le1f, and S-Type For Spring-Loaded “Drop Down” Single