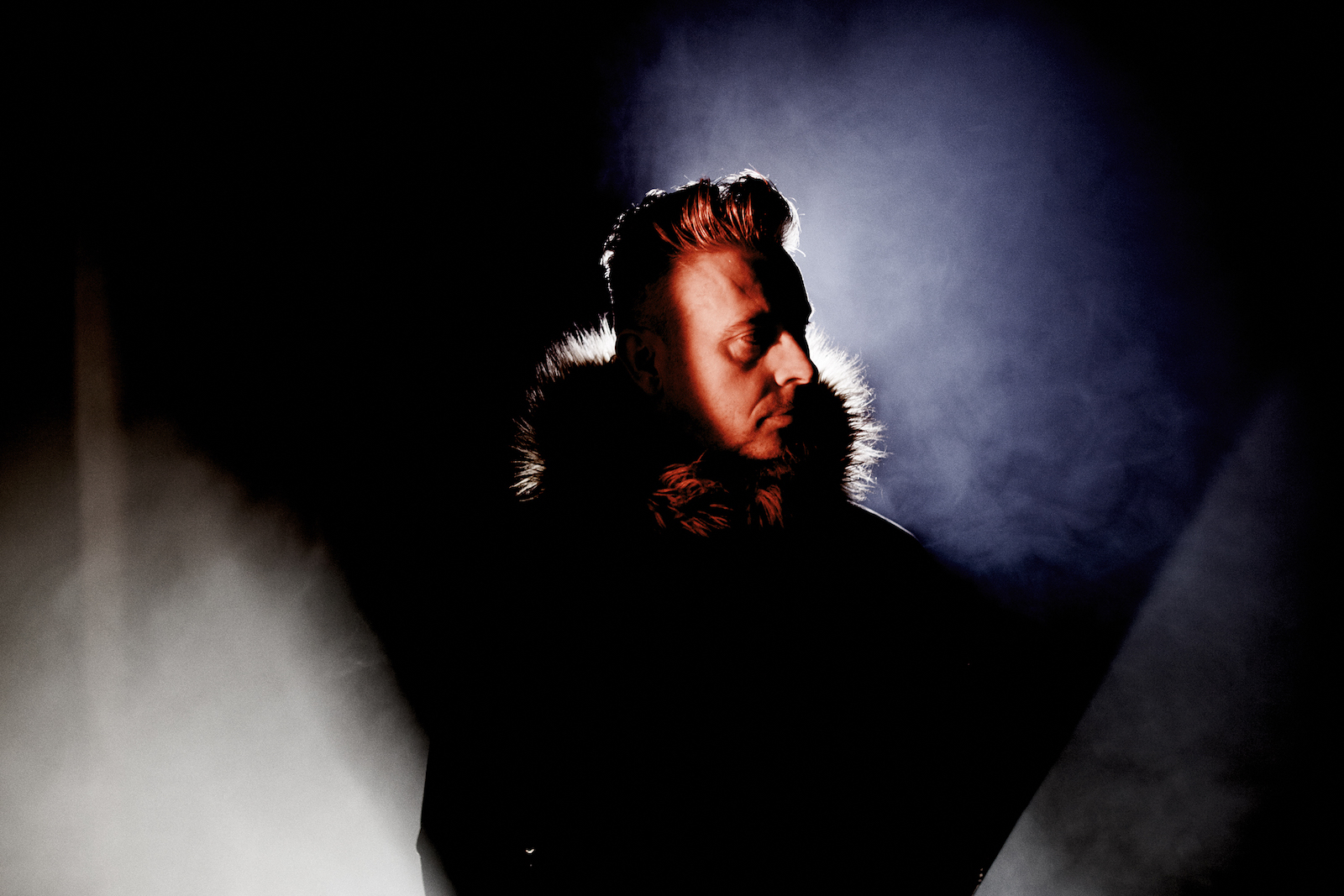 Composer / filmmaker Anthony Tombling Jr. has unveiled a special two-part record under the name CUTS. Due out tomorrow through Village Green Recordings, EXIST is rooted in a 40-minute film that was first screened at the Dark Outside festival three years ago. The ambitious project was inspired by an H.P. Lovecraft poem, as well as Tombling Jr.’s own experiences with night terrors and sleep paralysis, and featured the narration of the legendary comic book writer Alan Moore (Watchmen, V For Vendetta).

While Geoff Barrow’s Invada imprint dropped a white label pressing of CUTS debut EP in 2014, its haunting music never got a proper release. Here’s what Tombling Jr. had to say about today’s #selftitledpremiere, followed by another previously shared piece and the song that also happened to score a pivotal scene in Ex Machina….

In 2012 I was involved in a car crash and the resulting shock manifested itself in experiencing sleep paralysis for the first time. I was inspired to try and recreate some of those experiences through music and film. It made me view my approach to music in a different way, Exist is a collection of those visions. With all CUTS material I try to take influence from the non-musical, for instance an abandoned space. There is a stillness with places that are in slow decay. I try to imagine what that would sound like? In taking influence from things outside of music I feel my own music becomes less tied to comparison. As a composer working this way has been deeply cathartic.