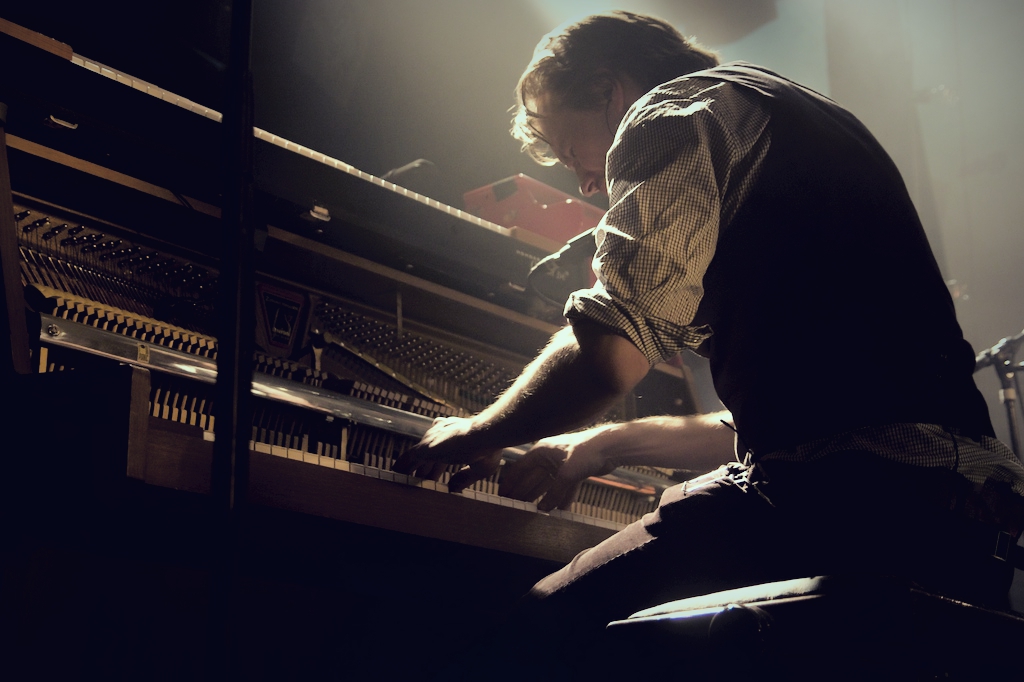 All of the above can be found on Closing Statements, a solo album that searches for the significance in humanity’s parting shots via a tangled web of lushly orchestrated electronic and organic instruments. Check out the latest official leak from Kaada’s album below, along with his thoughts on the song and a few other selections from the May 25t release….

“Turn up the lights; I don’t want to go home in the dark,” said the American writer O. Henry before his passing in 1910. That’s where the title “Home in the Dark” is from. The feeling I get from the song is that there’s a spirit or ghost flying at escalating high speed over a desert landscape. I chose to have it as the last song on the album ’cause I thought it was cool to end it all with a takeoff. Kaada
Closing Statements
(Mirakel, May 25th)
1. It Must Have Been the Coffee
2. Farewell
3. Everything is an Illusion
4. Unknown Destination
5. Wonder Out Loud
6. On the Contrary
7. Useless, Useless
8. Clearing Out
9. More Light
10. Hey Unfair, That Was My Exit
11. Home in the Dark