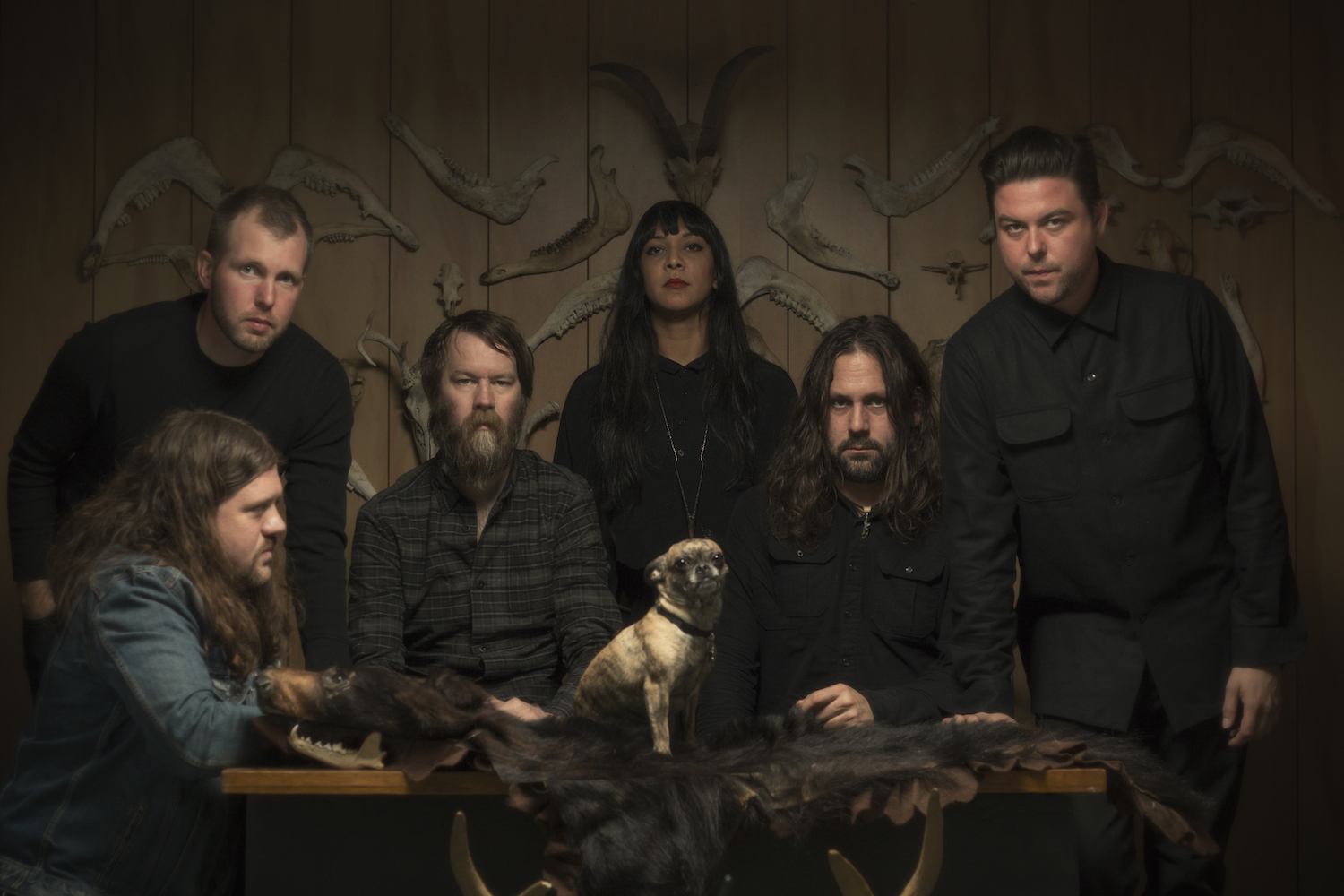 Sometimes it feels like barely a month goes by without us hearing about an experimental/extreme project that’s related to Bruce Lamont in some way. And that’s without taking his side gig as Robert Plant’s doppelgänger into account.

January is no exception; today marks the release of Bloodiest (Relapse), a self-titled effort from the Yakuza frontman’s outré metal outfit with current and former members of 90 Day Men, Atombombpocketknife, Russian Circles and Follows. As is often the case with everything Lamont touches, it’s a left-field listen, a self-proclaimed set of “ritualistically heavy orchestrations” that sinks in over time. Or as producer/guitarist Tony Lazzara put it in a Nerdist feature, “Inspiration always comes from unlikely bed partners. Rich Homie Quan, Charles Ives, Craft, boosting 40 Hz on an EQ… to name a few things. All have fingerprints on this record. Further formalizing our misanthropic point of view, while attempting a slightly different way to raise a middle finger.”

“MESMERIZE”
Bruce Lamont: We called this song “Josephine” in rehearsal. Ran with that and created story about a gypsy sorceress.
Tony Lazzara: This one is a great example of each member of the band contributing important sections to a relatively complex arrangement. [Bassist] Colin [Dekuiper] was a big help on this. We probably played this one (poorly) live five different ways before setting it in stone.

“THE WIDOW”
Bruce: The unwillingness to let go even though it’s been long over.
Tony: I remember [guitarist] Eric [Chaleff] and I writing the core rhythm and finger-picking section quite quickly on my back porch. It took me ages to come up with the B section but after I did it wrapped up fast. This was the first song finished for the record.

“BROKEN TEETH”
Bruce: Violation.
Tony: This was the second finished piece. We used to call it the praying mantis. I think I thought Eric’s fingers looked like a mantis when he played the B section. This was a big step toward getting into our newer arrangement style.

“MIND OVERLAPS”
Tony: Eric really worked hard on getting us in line with this note progression. It circles around in rounds. Each person starting the progression over in different places of the chord. Definitely tricky after five shots.

“HE IS DISEASE”
Bruce: Exploiting supernatural forces.
Tony: We started this one after we booked a Halloween show on a boat. At one point it had an entirely different beginning with all clean guitar and Tim Remis from Sweet Cobra playing violin. Still hope to use that for something.

“CONDITION”
Tony: This is all Eric. Also a beautiful recording of the electric guitars we are building right now. They should be available in the spring. I think harmonically, this sets the tone for the whole record—melancholy, downtrodden but angry, sparse and bleak.

“SEPARATION/SUFFER”
Bruce: Stream-of-consciousness word play.
Tony: This was the most difficult one to finish. Started working on it before Descent was released. I thought I was going to write a really straightforward chord progression and everyone would get it right away. Totally wrong, as usual. At one point Cayce and I were both playing trap kit. Turns out playing guitar and drums at the same time is difficult.