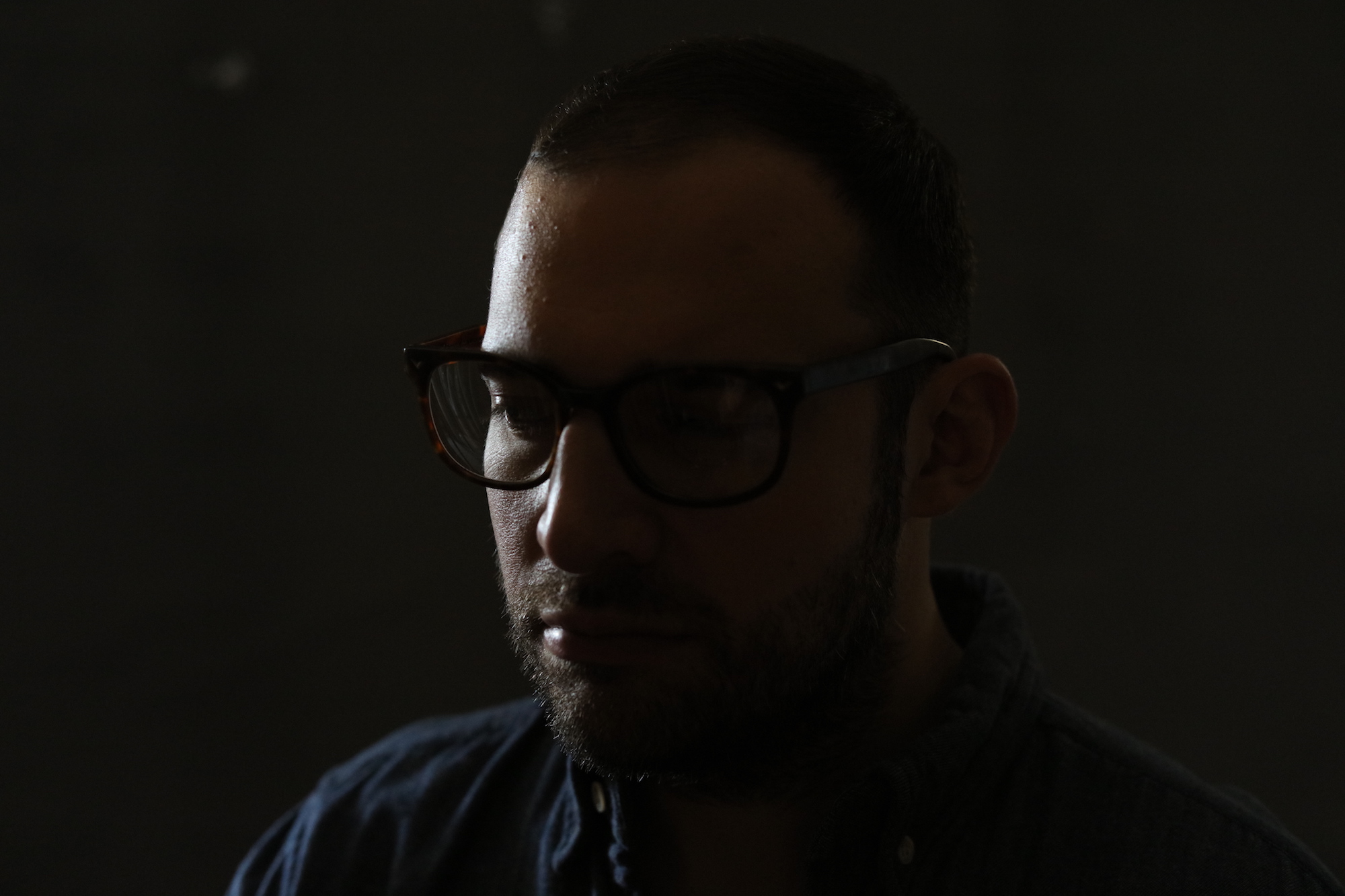 Anyone remotely familiar with Justin Carter’s role as the co-founder of the Brooklyn party/label Mister Saturday Night will be floored by his first album. Cut in relative seclusion over the past five years with jazz keyboardist Jason Lindner (see also: David Bowie’s final album, Blackstar), cellist Greg Heffernan (Archie Pelago), and L.I.E.S. alum Marcos Cabral, The Leaves Fall is exactly what it sounds like: a seasonal listen full of longing for warmer, simpler days.

“My ambition in all my creative pursuits is to help people lose themselves,” explains Carter, “whether that’s on a dance floor, in their headphones, or lying on the floor of a loft space.”

To bring that goal together with the album’s release this Friday, Carter and his longtime Mister Saturday partner Eamon Harkin will be throwing a very special “Planetarium” listening party at a secret location. Read all about it over at Time Out New York and check out the record in full a day early below, right alongside a revealing track-by-track commentary….

“GREAT DESTROYER”
I grew up in a really religious home, but by the time I got to New York when I was 18, I’d left religion behind. Of course questions have lingered, and I was really trying to address them honestly as I wrote the songs for this album. This song in particular considers that age-old question: “If there is a god, why do so many terrible things happen?”

“INFINITE PIECES”
Nicky Broekhuysen is an amazing South African artist based in Berlin. She has a series of works in which she represents what look like celestial bodies or topographical maps with tiny stamps of ones and zeros. When I lived in Berlin for a few months, I discovered her work and hung out with her a couple times. We talked about the ones and zeros in her work and how they’re obviously representative of binary code, the building blocks of digital technology. But also of other kinds of building blocks—the molecules that make up matter, the concepts that build into ideologies, the cells that make up humans. I have a piece of hers that hangs on my wall at home, and I wrote this song while staring at it. “KNOW IT ALL”
This song is about me, about how I convince myself that I am right about any number of things, but then how I’ve seen those things come crumbling down around me. We all live our lives, to a certain extent, based on some notions about “truth” that are not based on things that have been made explicitly evident to us, so I’m guessing others can relate.

“WITH THE OLD BREED”
I read a lot of World War II books. Among the most impactful and harrowing is With the Old Breed by Eugene Sledge. Sledge was a deeply religious young man who enlisted in the Marines at the age of seventeen in 1942. He went on to fight at Okinawa and Peleliu, where he saw the most horrifying side of life that I imagine one could see. And yet he came out on the other end, still clinging to his beliefs. I wrote this song, trying to imagine what he must have felt like.

“THE ISLAND”
A coda for “With the Old Breed,” and, at the same time, a representation of life in the city, land of the manmade and land of the mirage.

“WHAT CAN YOU TELL YOUR CHILDREN ABOUT HOPE?”
It’s the most simple song on the album, but it was the hardest to record. It took a couple trips up to the studio in the Catskills to get a take that I could live with. It’s a song about wanting to fix some inequity in the world, feeling bad because you can’t, and then remembering that your disappointment is in its own way selfish—that it doesn’t compare at all to the injustice.

“LEAVES”
Initially, this song was about global warming, and how I—and really, we, the human race—may be aware of what’s happening to the planet intellectually, but how we mute the realization so we can just go on with our lives most of the time. Of course now the song feels more broadly relevant in the face of the new administration. Every day there’s some fresh hell in the news, and it alarms me—it even inspires me to take action sometimes—but inevitably, I go back to the ins and outs of my day. I think most of us do that. The irony is that one of the characteristics in humans that makes us so successful as a species—our ability to compartmentalize and adapt to whatever new knowledge or environmental reality we’re confronted with—may be the thing that takes us down. “A PRESENCE”
In the midst of all my hand-wringing and spiritual questing while I wrote this album, I read Karen Armstrong’s A Case For God. Armstrong is a former nun who left the sisterhood and became an atheist. Eventually, she landed a job at a television program with a mission to put religion to scientific and journalistic rigor, essentially to the ends of debunking it. But along the way, she saw a side of religion that she’d not known before—one that is mystical and open, one that seeks to acknowledge and explore the mysteries of the universe without supposing it can answer them. There’s a passage in A Case For God where she quotes a William Wordsworth poem that captures that ethereal, intangible, mysterious beauty:

A presence that disturbs me with the joy
Of elevated thoughts; a sense sublime
Of something far more deeply interfused,
Whose dwelling is the light of setting suns,
And the round ocean and the living air,
And the blue sky, and in the mind of man;
A motion and a spirit, that impels
All thinking things, all objects of all thought,
And rolls through all things.

So I set those words to music and decided it’d be a good way to finish the album.

Previous Odonis Odonis Unveil “Pencils” Video
Next Blursome Shares the Stories Behind Her Hotflush Debut, Rendition of You