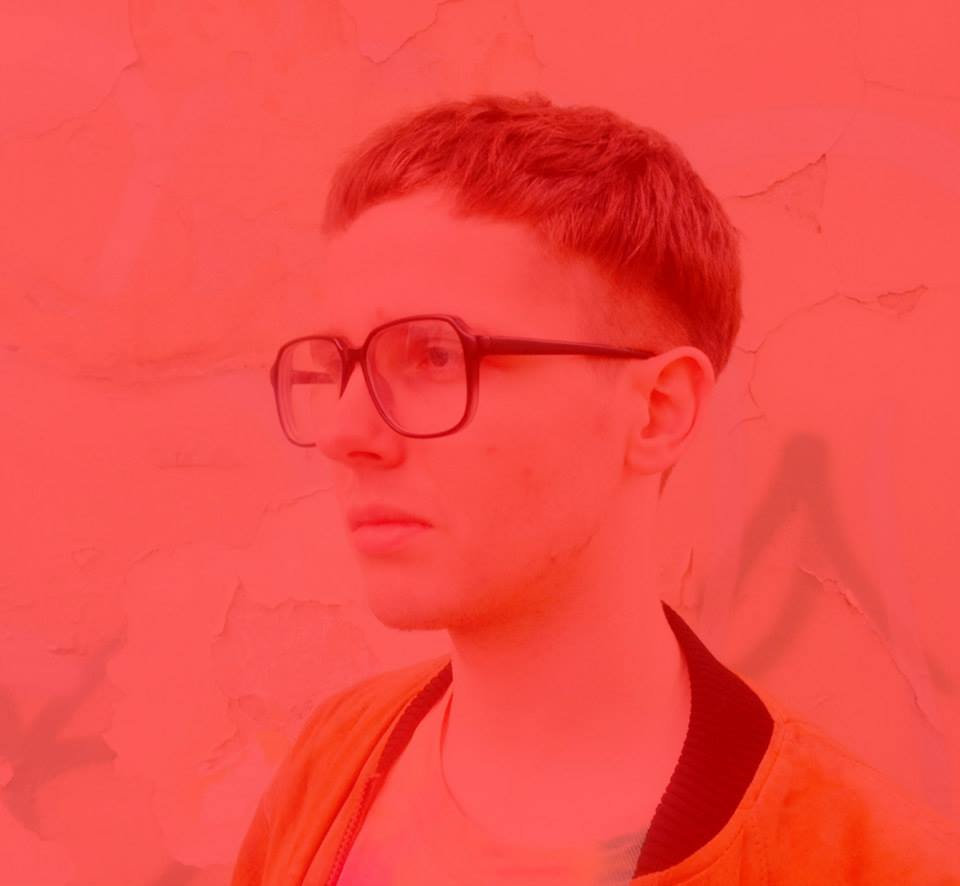 Since the lofty ideas and songs of J.G. Biberkopf exist somewhere between a concert hall, guest lecture, and club gig, we thought we’d ask the Lithuanian producer to crack open the concepts behind his latest album, Ecologies II: Ecosystems of Excess (Knives). Here’s how he realized its Glassy “idiotic ambition to monumentality”….

“TECHNOCRACY”
A photo from a conference of the Technocracy movement in the 1930’s—an initiative for social engineering via technology—was the inspiration for this track. I found the movement’s usage of religious iconography and aesthetics interesting; it resonates with a lot of the contemporary Silicon Valley semi-religious utopianism. The track itself was very much made with Berghain in mind, trying to emphasize the space.

“FROM INFINITY TO HERE”
I made “From Infinity To Here” a week before deciding to move away from Berlin; for me, it’s a memory of last living there. It’s one of the more difficult arrangements on the album; I think there at least are 50-60 layers in it. This one pretty much a started as an expression of disillusionment with club spaces and the whole industry around it. I have a thing for performances of crying from sound libraries. I have a small collection of them, and I’ve probably made three or four tracks using these recordings.

“WETWARE”
The lead vocals are made from a modified recording of a Lithuanian folk song. Throughout the track there are a few other songs running, of what would be categorized under New Age and/or world music, processed via radical effect chains. I think it is the last track I made for the album—around January this year in Berlin, done mostly while doing a residency in ZK/U. My collaborator, Marija Bozinovska Jones, came up with the concept for the track, as kind of a Buddhist take on the notion of Wetware. Although I very much distrust Orientalized usage of ‘Eastern’ philosophies and religion in the West. Although it is fascinating how these ideas end up in a place like Silicon Valley, how they influence the ideology of software. “TRANSFIGURATION I: ENLIGHTENMENT”
The original title of this track was “Dark Enlightenment,” but I thought it might be read as a reference to what is basically a Neofascist movement, in a context of a record that could be thought of as nihilist. At a certain point last year, I started thinking about extractive, exploitative, colonizing violence of enlightenment and contemporary rationality being a way to legitimize it, so the track refers to that energy.

“DUST”
The name is taken out of a passage from Reza Negerastani’s Cyclonopedia, where he talks and quotes Hamid Parsani:

Dust is all we have here in the Middle East, it is all that we can consume without fear of ever losing it…. Breathe as deeply as you will, dust will never be depleted. If the profound hostility of the Middle East towards being settled even as a geographic entity cannot be fully grasped, this is because even its terrestrial bedrock, its concrete ground, is
progressively eroding and generating into dust.

“TRANSFIGURATION II: AMPLIFICATION”
“Amplification”—like a few other tracks on the album—was made for a CTM festival commission, where we collaborated with Marija Bozinovska Jones. This track was directly conceived out of Paul Virillo’s dromology—his philosophy of speed. It’s meant to be as a meditation on speed.

Transfiguration’s are kind of takes on Phillip Glass, esp. his Koyaanisqatsi film; maybe originally intended to be a bit of a caricature on the grandiose gesture of his work, although in the end I think I made an album of similarly idiotic ambition to monumentality.

“PREACHER”
I remember walking with friends around Dalston, London, on a Saturday afternoon. There were a lot of people on the street, and there was this dude, shouting/preaching about the End of Days in Nikes and Adidas. The language he used, and the way he did it, was striking. Nobody cared at all. I think we encountered a couple of street preachers before that day. The memory and image of that person and situation is very much intermeshed with what this track is for me.

“GLOBALALIA”
The track name is a reference to Trevor Wishart’s “Globalalia.” I wanted to do a kind of EDM take on the piece, playing with the idea of hip-hop and dance music being the rhythm of capitalism and how the experience of the EDM drop is for somebody who doesn’t have the privilege of the burnout of working in a neoliberal condition. The main sample is made out of recordings of a Max patch running a few acappella’s processed via voice modulation.

“IRREVERSIBLE. BLACK ATLANTIC”
This one had a long life until I got it to its final form. I originally made a short version of this for a friend’s fashion label, imagining it as this certain afterlife state. Then I reworked it for Ieva Misevi?i?t?’s performance TonguePHD, basically in the tradition of Butoh theatre music, but we ended up not using it. Afterwards I reworked it with a lot of field recordings; like there are recordings of the Baltic sea, of a seaport, and trying to make saxes sound like ship horns and ship horns like saxes.

“IMMERSION INTO NOISE”
For a long time I really thought of this as a pointless testosterone pump-up, but over the process of making the record, I became fascinated with transcendental meditation, which made me reconsider my understanding of it. I then reworked it with a lot of Kuedo’s help; Kuedo’s suggestion to make it into a gesture, an interlude, rather than a full movement, made it work in the end.

The name is taken from Joseph Nechvatal book Immersion into Noise, which is a text on noise and its usage in arts and politics, proposing a kind of new vision for the ‘Art of Noise’.

“NEW WORLD ORDER”
This is very much a live performance track, as you can only really understand what it’s about when it’s heard violently loud, on the scale of a tectonic shift. Like how the loudest sound ever was heard, was easily heard 3000 miles away; I think that would be pretty much the right amount of dB for it.

“ERUPTION OF THE AMORPHOUS”
Thinking about it now, I wouldn’t be able to imagine this track without the experience of airports and flying. It is bordering between airline commercial and noise erupting on a planetary scale. There is quite a lot of dense layering going on around it; I used quite a few Omnisphere instances for textures, Plogue Alter Ego VST for the voices, a lot of field recordings, software emulation of June 60. I only use software synths—no way can I afford analogue gear—and a lot of presets. For me, it’s lot like using found material; a bit like building sculptures from scraps of the contemporary condition.

“REALER THAN REAL”
For me, this one it is like a Greek comedy made out of high-capitalist noise. Originally it was supposed to be the title track of the album, An Ecosystem of Excess, as from this track directly came the vision and direction for the album. Although the absurd slapstick, comical energy got lost in the current version of the album, half of the music I do, I make while hysterically laughing.