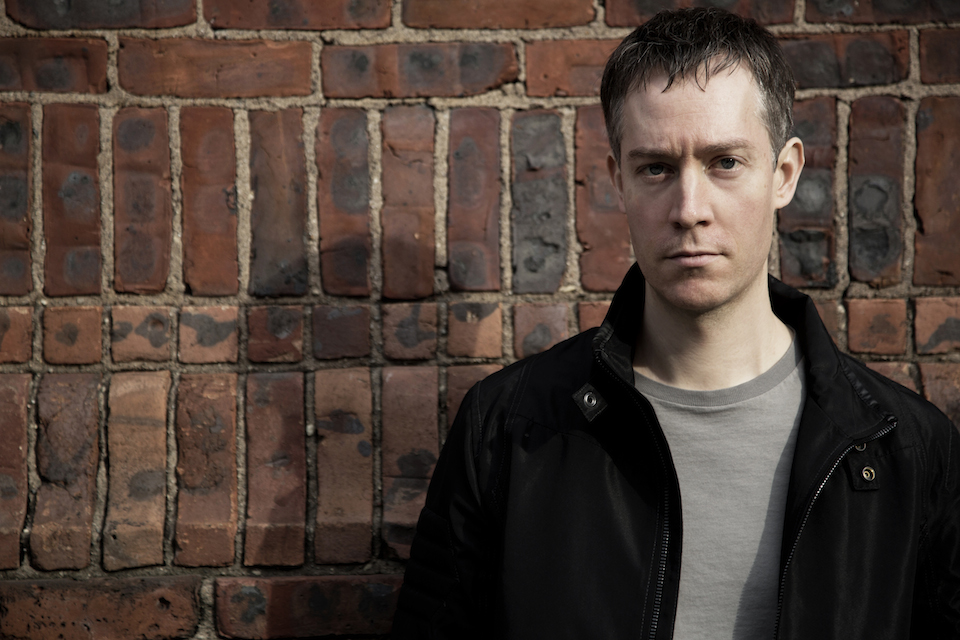 It’s telling that Chris Child’s favorite Autechre album in college was Incunabula. More of a living room listen than their later synapse-frying efforts, its rubber bullet rhythms and rather immediate melodies are reflected in Child’s own work as Kodomo. As are theopposite side of the space-time continuum: century-old classical records, transported into the here and now by deftly sampled flea market finds, mechanized drum machines and analog fare deeply indebted to the early days of Warp Records. K

In the following exclusive, we stream Kodmo’s new Patterns & Light LP in full and Child shares the stories behind each song…

“OVERTURE (INTERLUDE)”
The inspiration for this piece came from a short piano loop I sampled from a Chopin Etude. It started out as a much longer work, but I kept going back to the simplest part, which was just the piano, bass and filtered noise from a synth. After I worked on other pieces for the album, I realized this was the opening I needed.

“IMPROMPTU”
I’ve always been a huge fan of Schubert’s Bb Sonata for piano. There is a transition passage in the fourth movement which has this murky and melancholic feel to it. I sampled a fragment from that, and had this crazy idea to build an electro track around it using beats I created in Reaktor. This was one of the rare times where the track came together rather quickly.

“TIME LAPSE 1”
This interlude takes its inspiration from Chopin’s Nocturne in G minor No. 3. The unusual chord progression inspired me to explore what I could do with this. It began as an experiment using tape delay, a RE201 Space Echo running the output of the delayed loop back into itself over and over until the original loop disintegrated.

“RED GIANT”
“Red Giant” takes its inspiration literally, from a star during its final stages of existence moving towards its inevitable destruction and rebirth. I’ve always been a fan of using occurrences in astronomy and ideas in physics as narrative material for a piece. In this case, the endless cycle of birth and death from a cosmic standpoint.

“MIND LIKE A DIAMOND”
The title is taken from a reference in Vajrayana Buddhism in which the enlightened aspect of ‘mind’ can be compared to that of a diamond in that it can cut anything, and is itself un-cut-able; nothing can affect it. For me, this piece is about the ability to overcome. My father passed away about 10 years ago, and it had a big impact on our family. I didn’t think about it when writing the piece but it occurred to me after I was well into it that the energy of the piece was motivated by a strong sense of coming to terms with this event in my life and my feelings behind it. The piece starts with a sample of a Bach prelude run through various processing so only a semblance of the harmonic structure remains.

“ORANGE OCEAN”
“Orange Ocean” takes it inspiration from the slow days in the heat of the summer in August. I was out at the beach at sundown and staring at the dark orange light that had this beautiful mesmerizing quality to it.

“BLUE SHIFTER”
This piece draws from various samples of piano pieces by Mozart along with Spanish guitar pieces, fragmented and processed beyond recognition. I realized the tone of the album was getting quite dark up until this point and wanted to try something more playful and light. I pretty much abandoned sticking to any genre for this one and just added whatever I felt like, which at the time were marimbas. To me, its the most unusual piece I’ve produced but was a nice departure from the more serious tone of the other tracks on the album.

“INFINITY DIVIDED”
The title of this piece is taken from a chapter in Brian Green’s book The Hidden Reality. I was intrigued by the concept of infinity and how it relates to our universe. The piece started with a sample from Debussy’s La mer, which is pretty much impossible to hear in the mix, but provided the initial chord structure of the piece. Once I was well into it I knew I wanted a vocalist, so I reached out to Melissa Kaplan (Universal Hall Pass) who sent back way more vocals than I asked for, which turned out to be way more epic, and way more work!

“TIME LAPSE 2”
The third interlude draws from the same Schubert piano sample in “Impromptu”; this time slowed way down. I envisioned what time might feel like slowing down out on the fringes of the cosmos near a black hole.

“HOLOGRAPHIC”
Another reference from The Hidden Reality; this piece was inspired by the concept of a “holographic universe” in which the reality we experience is actually just a process being played out through another extremely distant universe.

“ENDLESS WAVES”
The last piece was inspired by the notion of interdependence—the idea that everything internally and externally, no matter how small or large in our reality, has a rippling effect. The image that came to me was an endless ocean of waves that had no start or end. I sampled voices from early chants that had a timeless sustaining quality to them, juxtaposing them against a momentum of synth arpeggios suggesting the constant flow of time.

“LOSING YOUR WAY” (FEATURING KASSINI)
This song is a remix I did for the band Kassini. I decided to include it as a bonus track on the album because I felt the male vocals tied in well with some of the other tracks. I also wanted to expand my production style by working with guitars and live drums and see what I could do with them.