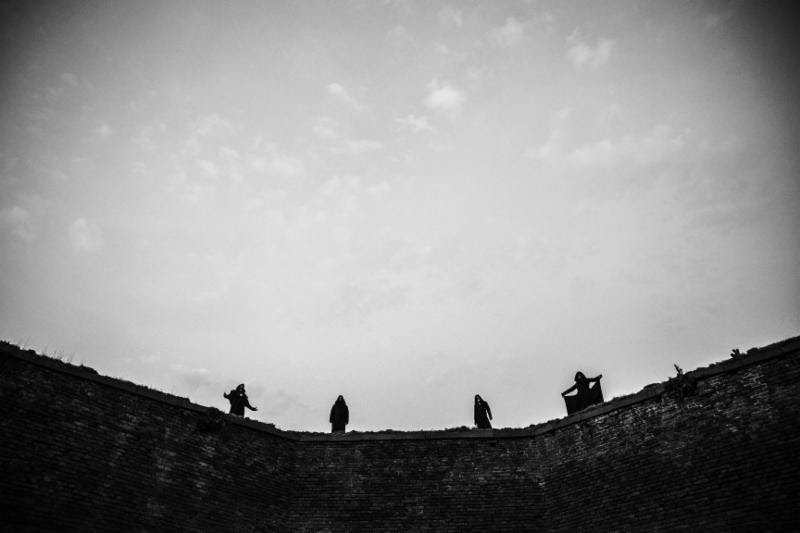 Sunn O))) have announced their first proper album in six years. Due out December 4th through the band’s own Southern Lord imprint, Kannon is a three-part opus featuring such longtime collaborators as Mayhem frontman Attila Csihar, Oren Ambarchi, Rex Ritter and Steve Moore. Here’s what to expect from the high concept LP, according to a press release:

At the core, the composition centers around the dynamic and intense guitar and bass interplay of SUNN O)))’s founders: Stephen O’Malley & Greg Anderson. It is possibly the most figurative album SUNN O))) has created, which is unusual as they usually dwell in layers of abstraction and subjectivity. On the other hand the album is the most outright “metal” in years, drawing personal associations and memories of cherished albums like ‘Panzerfaust’ and ‘Twilight of the Gods’ again to the forefront of consciousness. ‘Kannon’ is also very close to the cyclical character of mantra which the band has evolved into as a living creature, the enormity of intense sensate detail and manifestation of the live in concert element of SUNN O))), the organism that has flourished, metamorphosed and transcended tremendously over the past ten years.

The literal representation of ‘Kannon’ is as an aspect of Buddha: specifically “goddess of mercy” or “Perceiving the Sounds (or Cries) of the World.” She is also sometimes commonly known as the Guanyin Bodhisattva (Chinese: ????) amongst a plurality of other forms. There is a rich lineage behind this idea tracing back through many Asian belief systems, with as many names and cultural personifications of the idea.

Check out the video for “Brandon”—a standout selection from Sunn O)))’s recent collaboration with Scott Walker—down below, along with a couple rare LPs that landed on the group’s Bandcamp archives over the past couple years…