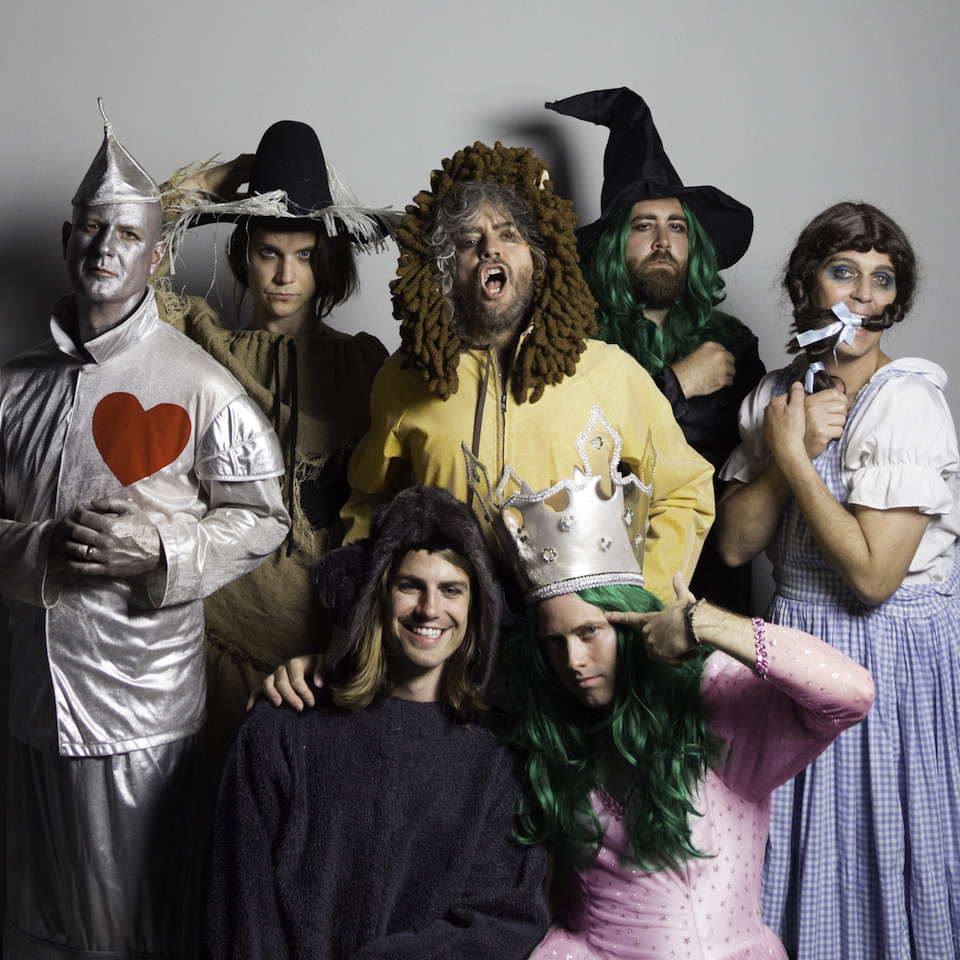 The Flaming Lips have revealed the title (Oczy Mlody) and release date (January 13th) of their latest full-length record, along with a lead single that’ll bring longtime fans back to their beloved Soft Bulletin days. Not to mention the more laid-back and melodic material they’ve cut with longtime producer Dave Fridmann over the years. Quite the contrast with their widely contested Miley Cyrus collab and 2013’s rather bleak The Terror record.

Check out the official video for “The Castle” below, along with album details and a lengthy statement by Wayne Coyne. Oh, and if you dug the band’s David Bowie cover earlier this year, it’s set for a colored vinyl release this winter as well.

When asked (about our newest album ‘Oczy Mlody’) what does your new stuff sound like..?? My current response has been that it sounds like Syd Barrett meets A$AP Rocky and they get trapped in a fairy tale from the future.. Ha.. Knowing full well that if you know who Syd Barrett is.. (original founder of classic rock/space opera group Pink Floyd) you probably DON’T know who A$AP Rocky is (current badass psychedelic rapper).. and if you know and like A$AP Rocky you probably don’t care or wouldn’t like Syd Barrett.. Ha..

So yeah.. I think, perhaps, it is only within The Flaming Lips world that these 2 (Syd and A$AP) could accidentally find themselves, like Dorothy stumbling upon the scarecrow as she wondered down the yellow brick road towards Oz.. (not sure which one is Dorothy and which one is the scarecrow in this scenario..) But somehow they have gone through a hole in the night sky and arrived in a fucked up, day glow, fairy tale world in the future.. A future where Oczy Mlody is the current cool powerful party drug of choice and sleeping is the ultimate cure for everything.. sleeping for, like, 3 months.. Yeah sleeping.. So if you want to lose weight.. Ping!! You are put to sleep for 3 months and you wake up thin.. If you are addicted to drugs.. Ping!! You sleep yourself out of withdrawals and cravings and wake up sober.. Ha.. And it all takes place inside a gated community that has been made into a replicant fantasy fairy tale city where the mega-mega rich folks live and have self indulgent psycho parties (maybe I’ve been spending too much time around Miley Cyrus) where everyone takes Oczy Mlody (the drug uses your own sub-conscious memories and transports you to your perfect childhood happy mind) and everyone has sex while riding unicorns.. There are frogs and wizards and spiders and painful emotional therapy sessions where every primal desire is allowed and encouraged. Darkness in the dark while we listen with demon eyes on our way back home to our family.. WTF..

We began, what now has become, ‘Oczy Mlody’ as far back as January 2015. The opening track called “Oczy Mlody” was haphazardly conceived one night from two recording session . The descending bass and slow drum machine stuff from one night and the magical crystalline melody synth line that was recorded the next night. It was just an off the cuff little moment but it kept haunting me (in a good way).. Ha.. I would keep returning to this simple, really nothing, of a track. It (the “Oczy Mlody” recording) has a kind of mellow suspen- sion about it. Something sooothing and soft and science sleep experiment sounding about it. It is all vibe vibe vibey. My attempts to actually turn it into a song never worked and it remained this moody piece of wordless music and sound that compelled me. Maybe it is, or was, the type of mood or mindset I had been searching for but only knew it subconsciously. I think that must be music’s greatest power.. it somehow swirls around in your mind and touches things and opens things that you could never consciously touch or open.. It’s a motherfucker..

About five years ago I found a little paperback book in a used bookstore. I liked the cover, a painting of a woman that looks like Eryka Baddu crying and sweating,and the title ‘Blisko Domu’. I didn’t know what it meant. It’s written in Polish (Blisko Domu means Almost Home).. But I didn’t care. I liked it and it is one of the books I have in the studio that I would look at all the time in between mixes and slow recording times. I would read it as a kind of meditation. Meaningless (well, meaningless to me. I don’t speak Polish) sentences and paragraphs. I would flow over the text like I was reading but It would never alight any story.. occasionally I would stumble upon cool sounding words and phrases not having any idea of their real mean- ing and I think I would allow the words to trigger something, maybe something subconscious, in my searching mind. I stumbled upon the words “Oczy Mlody”.. they struck me as sounding like Oxy (as in Oxycodone) Melody and, as my imagination ran away with it, also the name of a drug made in the future. Every time I would pick this book up I would, kind of, add to the made-up meaning that I had given to the words that I liked.. The actual meaning of “oczy mlody” is something like “eyes of the young”.. which we (Steven and Dennis and I) thought was great.. Eyes Of The Young is not really a title that appealed to us but Oczy Mlody meaning “eyes of the young “greatly appealed to us.. Ha.. Who knows why.. And so we began to realize we were starting to make a record with this kind of removed,abstract substitute meaning.. or a record that we followed what meaning the initial sounds triggered.. . Sounds of words. Sounds of music. Sounds of beats..