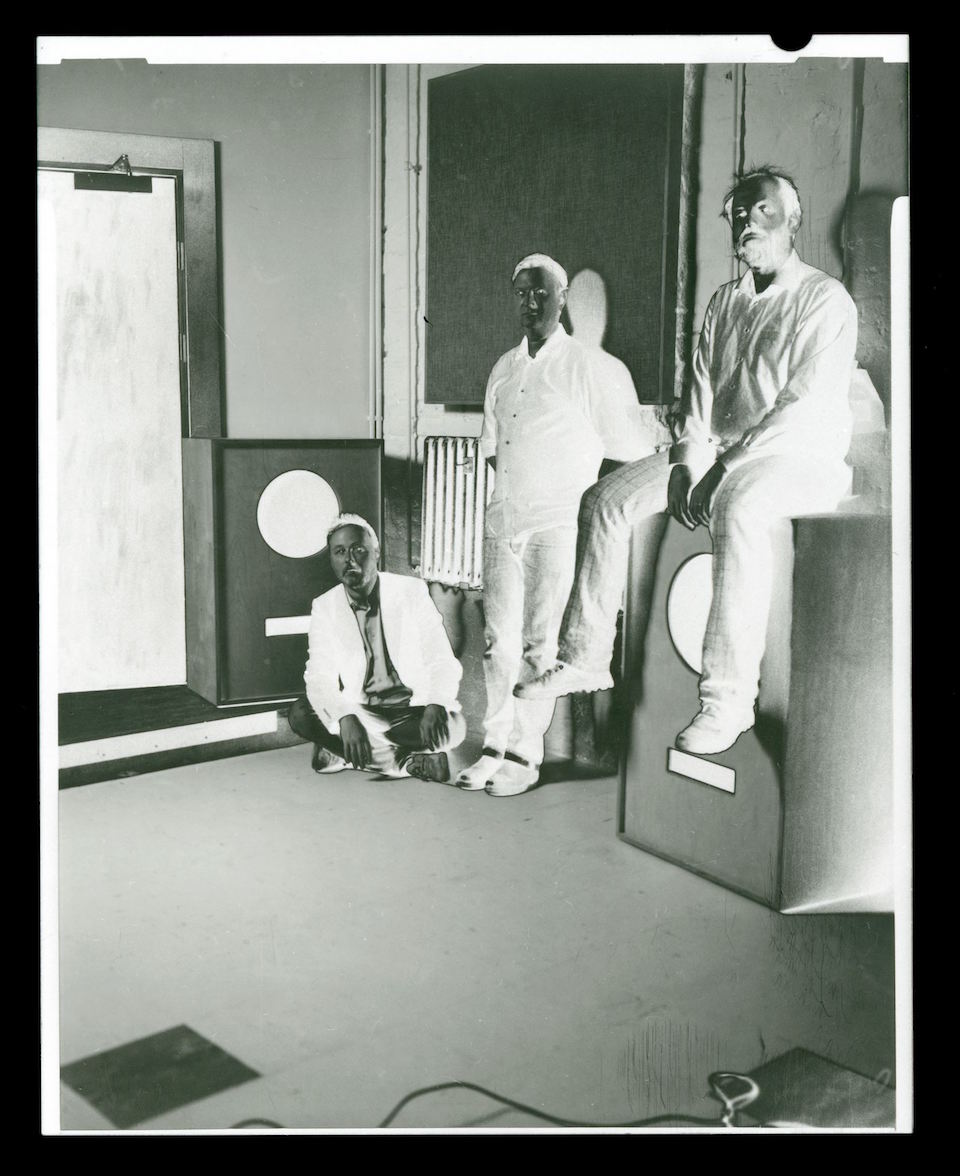 As Tim Gane gets set to release the long-player debut of his new Cavern of Anti-Matter project (featuring synth sculptor Holger Zapf and Stereolab’s original drummer, photographer Joe Dilworth), we’ve got a fitting breakdown of the entire affair mixed by fellow library music aficionado Tom Furse (The Horrors). Here’s what Furse had to say about it, along with the trio’s upcoming tour dates and a previously shared video featuring Deerhunter frontman Bradford Cox…

I jumped at the chance to work with Cavern Of Anti-Matter. Tim Gane’s work has been a primary influence on my music for years and COAM’s new album did not disappoint; it’s an absolute pleasure from start to finish, a total aural delight. Modular patterns and first class electronics intersperse with insistent rhythms that spoke to me instantly, and I was able to condense it down to 17 minutes of non-stop energy which I hope gives you an good idea of what a brilliant album it is.

‘void beats/invocation trex’ is due out through Tim Gane’s Duophonic imprint next Friday, February 19th.