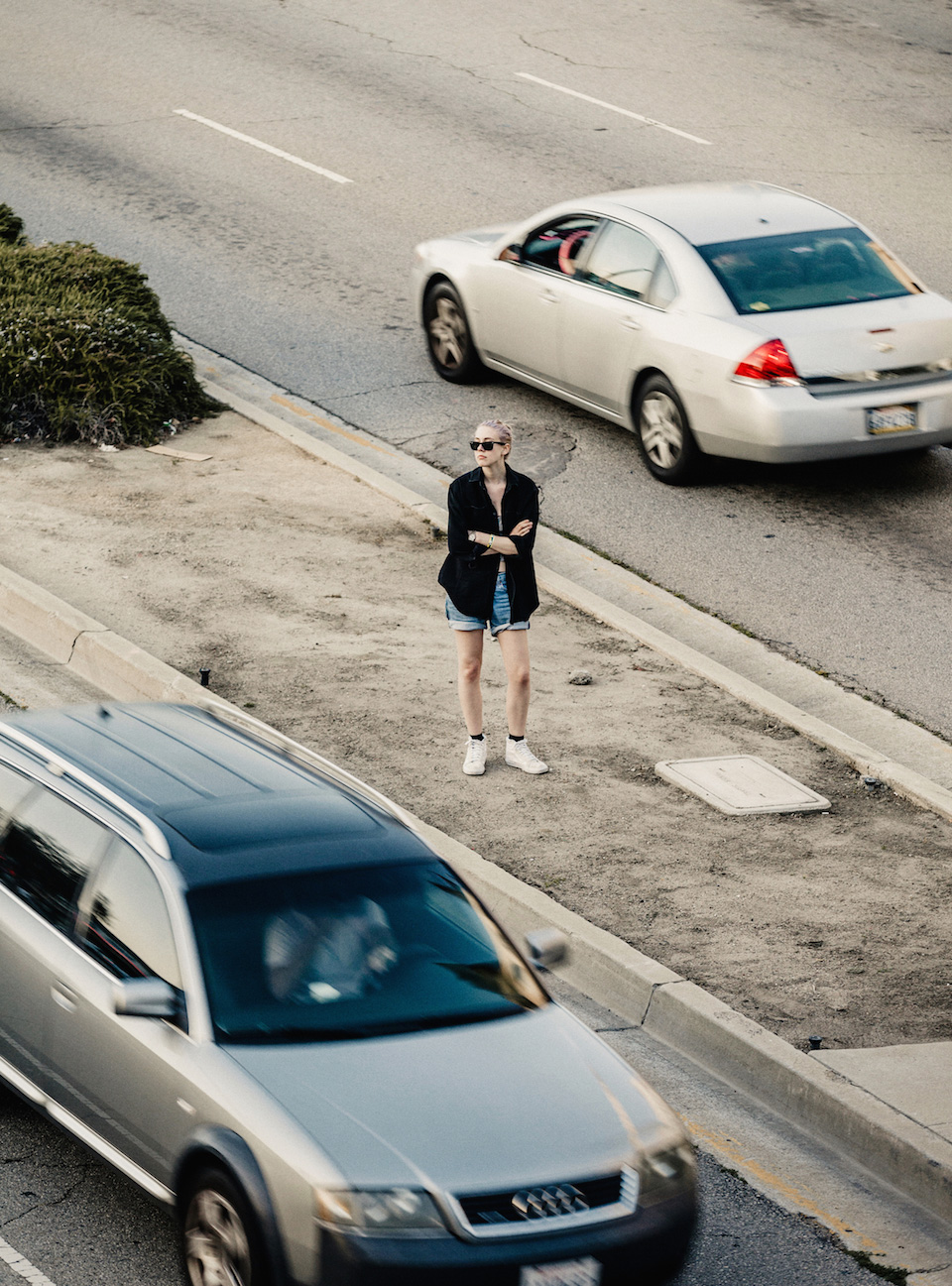 The following story is taken from our free iPad magazine. Download it via the App Store, and check out a complete Web archive here.

I will begin with a caveat: I am no authority on Kraftwerk. I only heard them for the first time last year, so I am but a brand new fan, eager to write a bit about one of my new favorite bands… The first Kraftwerk album I heard—like many others’ first introduction to the band—was Trans-Europe Express. Maybe it was cosmic intervention. Or maybe it was because for a while, I exclusively sought out records made in 1977 (my favorite year for music). I remember the moment the same way I recall the warmness of a childhood memory: nostalgic, fuzzy, safe. I was lying in my bed with my cat Little Bat pressed to my side, scrolling on my laptop in the dark, searching.

Cue “Europe Endless.” This record, and particularly this song, employs some true ASMR braingasmic instrumentation. The intro alone, with its Neptunian glitter, had my eyes rolling back into my head in ecstasy. “Hall of Mirrors” makes use of the band’s lyrical minimalism, which ends up being the song’s greatest strength; the lines “even the greatest stars/ discover themselves in the looking glass” are repeatedly spoken, inspiring rumination akin to the dread evoked by Oscar Wilde’s The Picture of Dorian Grey. A buoyant masterpiece. Released two years prior to Trans-Europe Express, a listen all the way through has me gliding, feeling fantastical and less existential than its galactic successor. The 22-minute title track is pure joy.

As a personal aside, I will say that I’ve had a hard time listening to music this year. Any music. It all affects me so profoundly that I’ve spent almost a year dodging and pushing away virtually every recording with the potential to make me feel sad in some capacity. There are certain melancholies that I’ve felt too much and no longer wish to feel, at least not at this point in my life. I am here to say that this Kraftwerk record brings with it all of the wonder and magic of listening to music without also drudging up any of the cutting nostalgia or existential dread that I’ve tried to actively avoid over the last few months. It floats, like the suspension of hope in the air on an April morning, and it is full of light. Now for something I’ve only recently heard: Tone Float. It was actually released by the band Organisation—the immediate Kraftwerk predecessor—and it is stunning. Krautrock is a genre I didn’t appreciate until recently, mostly because I always had a difficult time finding the melodies within the music. I mentioned ASMR earlier—Audio Sensory Meridian Response. Essentially, ASMR triggers create brain tingles. My

Fans of the band will find Tone Float to be an absolute departure from the strong pop melodies that come later on Autobahn and Trans-Europe Express; electronics and synthesizers are foregone in favor of more percussive, acoustic instruments. But what’s incredible about this singular movement of music is that you hear the band laying the textural groundwork for what would become Kraftwerk, even without the melodies. The album cover alone is spiritual, indicative of some ancient wisdom and mysticism. This, I believe, is the ultimate glory of this band; they were transcendent even in their origins, never derivative. They were, and are, inventors with an otherworldly vision blessed with the talent of evolution, creating anew again and again.

Torres renewed her own music with Sprinter recently, a moody listen featuring members of PJ Harvey’s band and Portishead. Stream a few songs from it below, right alongside some upcoming tour dates (and a cover song!) with Garbage.