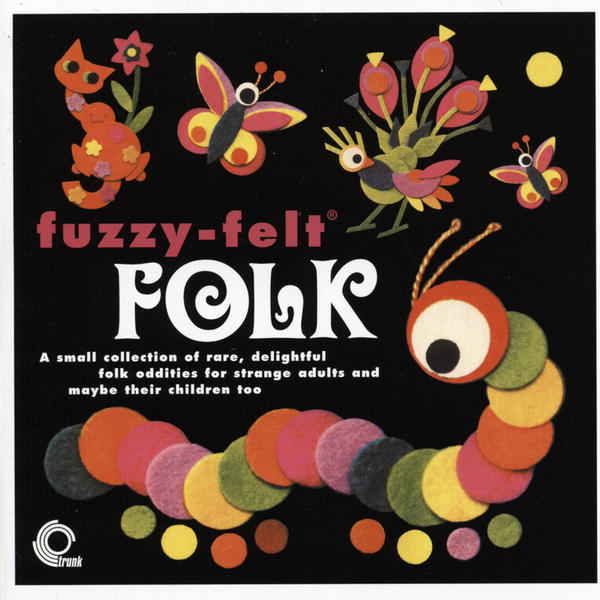 Like the more subversive leanings of the Sesame Street songbook or the psych-steeped puppetry of Jim Henson, something’s a little off about the children’s music in Jonny Trunk’s Fuzzy Felt Folk compilation. Which explains why it’s targeted at “strange adults and maybe their children too”—because the wind chimes in “Tiffany Glass” shimmer like the blood-tinted shards in Suspiria, the merry narrator in “Hey Robin” alludes to prison stays and hangings, and the demo version of “I Start Counting” is Basil Kirchin at his best, a sterling reminder of why Brian Eno penned the liner notes to one of his records in 1974.

“This peculiar genre of sound came in to being one afternoon a few years ago when I was listening to kooky, childish records with fellow collector Martin Green,” Trunk explains on his Web site. “He played me the recording he’d found of ‘The Elf’ which I found extremely charming, and when we tried to put our finger on exactly the sort of sound it was, Martin said ‘Fuzzy-Felt Folk”‘ It’s a phrase that has stayed with me ever since and perfectly explains this quite wonderful area of sound… There is music made for dancing, skipping and dreaming. And of course for prancing around old school assembly halls acting like a tree.”

Previous ALBUM OF THE DAY:
Pete Namlook
Air I + II
Next Fucked Up’s Damian Abraham On… The Songs That Shaped Him