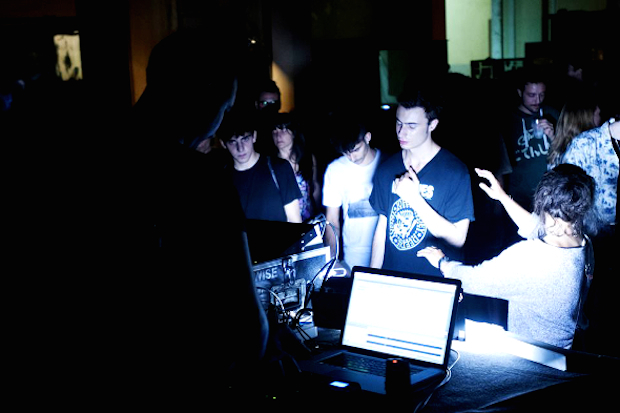 Now that Violet Poison has revealed his true identity (ZOOLOFT co-founder Francesco Baudazzi, a.k.a. Obtane), the Italian producer has announced several major developments, starting with the dissolution of his Violetshaped project with Shapednoise.

“Violetshaped project has ended,” he wrote on Facebook last weekend. “Thanks to those who supported us.”

No reason was given for the split; maybe they both simply wanted to focus on their solo material? Violet Poison certainly is, including a freshly dubbed cassette on Opal Tapes that’s already sold out and a proper album that’s due out through Haunted Air on September 22nd. Stream selections from both down below, alongside a rather gnarly sampler of “speaker-ripping techno” from Shapednoise’s new Russian Torrent Versions 11 12”…

Non Sequitur:
1. You Should Suffer For Truth
2. Force
3. Christ Sculpture With Blood Tears
4. Palace of Mirrors
5. Killer Widow
6. Midnight Conversation With The Beyond
7. Omega Days
8. Pain
9. Nylon Mask
10. Like A Pandora’s Box (Reshape)