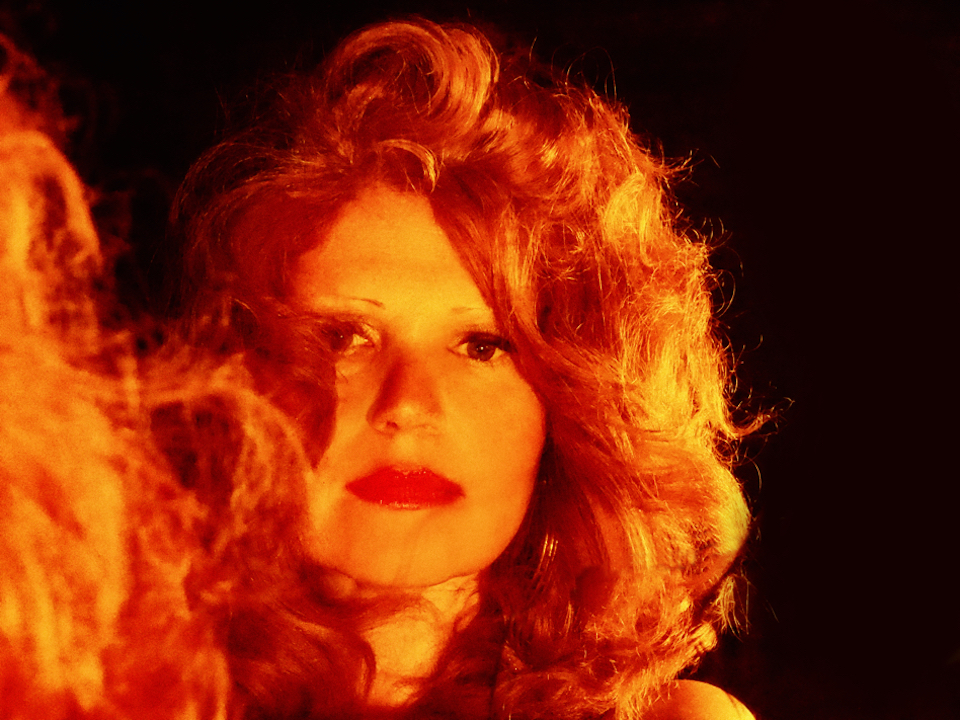 It may seem surprising at first to hear that Delia Gonzalez’s second album (Horse Follows Darkness, out now on DFA) is loosely inspired by The Great American Western, but you know what? That’s exactly what we love about it. Rather than revisit tired cowboy tropes—a slide guitar here, a Morricone nod there—Gonzalez channels wide open plains with some of the most beautiful synthesizer melodies she’s ever written. Which is certainly saying something considering what a cult, all-analog-everything classic her one album with Gavin Russom is.

In the following movie guide, Gonzalez discusses five of the westerns she fell in love with while making Horse Follows Darkness. Turns out the album was inspired by her 8-year-old son Wolfgang, who introduced Gonzalez to the genre on the cusp of their return to the states after a long stay in Berlin.

“Coming back to America,” she explains, “I felt like a foreigner and NYC/America felt like the Wild West. Most Westerns from the 1960s to the present have revisionist themes. Many were made by emerging major filmmakers who saw the Western as an opportunity to expand their criticism of American society and values into a new genre.”

One of the things that always threw me off about westerns was that they were typically guy films. Kind of in the scheme of Glengarry Glen Ross or watching an old M*A*S*H rerun (the TV show) or Apocalypse Now. I’ve always been more attracted to films with and about women, like The Women, Daisies, or any Jacques Rivette film from the ’70s.

Well my literary taste in film came crashing down when when I first watched High Noon. I was drawn in by the slow-paced, beautifully choreographed cinematography. It’s almost like a dance as the actors move simultaneously in packs of twos and threes and the film is transformed from rugged western to elegant gesture. In the end, High Noon is really a feminist film. Katy Jurado (Helen Ramirez) steals the show as the gorgeous, independent, emancipated, passionate Latina. Contrasted with the graceful yet demure Grace Kelly (Amy Fowler Kane), Katy gains our approval as she extends her sisterly love and helps Grace to fight and stand by her man.

This was one of Rainer Werner Fassbinder’s Top 10 favorite films! And rightfully so, what with its melodramatic overtones—very reminiscent of Douglas Sirk.

Another feminist western! This one revolves around Vienna (Joan Crawford), a glamorous saloon keeper. The townspeople hate her and are consistently trying to set her saloon on fire. In all her glory, she retains her poise and fights back, rewinning the heart of Johnny Guitar (Sterling Hayden).

Like High Noon, this film is all about the choreography. The actors are synchronized, and again, move together in packs. It’s mesmerizing and very powerful. Every time I watch this film I have this ongoing fantasy of how amazing it would have been if Fassbinder and Joan were from the same era and worked together. I once read he loved working with women because it got highly emotional; you could cry, scream, and laugh together. Imagine the onset drama!

Here Jodorowsky throws us onto probably the first and the only psychedelic spiritual western. This is the story of the hero and his initiation into the spiritual realm. Jodorowsky plays the hero (El Topo). Dressed in black leather and looking untouchably dazzling, J. goes on a spiritual quest to defeat his masters. In some respects I think this was a personal film for Jodorowsky. In the beginning of the film, he has his real life son, Brontes Jodorowsky (Hijo) bury the only picture he had of his deceased (real life) mom which he (Jodorowsky) in later life regretted. Like the gunman, the Jodo character, we all go off in life confronting our masters and cheating them, playing with them, killing them. From what I’ve read, J. saw this as an initiation for his son, but in the end it is the story of the self—the hero’s journey, challenge, redemption. We are all master and fool.

The Leonard Cohen soundtrack and cinematography alone makes this film one of my all-time favorites. Its atmospheric quality and general indifference can throw you off into dream-like episodes. Julie Christie (Constance Miller) is so cool and also quite a sight you cant take your eyes off her! Warren Beatty (John McBride) is just Warren Beatty. And how can you go wrong with Leonard Cohen? This soundtrack is my default record. I have literally spent years listening to these songs on a daily basis.

I once met Robert Altman on an elevator. I turned to him and asked, “Are you Robert Altman? You know, you are amazing.” He replied, “I am….?”

This is the classic Spaghetti Western, which I became obsessed with while recording Horse Follows Darkness. Anytime I go to record or write music I think of it as a soundtrack. I love soundtracks—the theatrical. The theme song for The Good, The Bad and The Ugly was a big turn on for me. When I went into the studio with Abe Seifirth, I played him the theme song. I wanted to capture that intensity. That film is amazing; it gets super psychedelic at one point and Clint Eastwood (Blondie) is so hot. He conveys so much intensity without saying a word; I wanted to create a soundtrack for this. What else can I say about this film? It is an extraordinary masterpiece.