GFOTY On… Five of Her Favorite Sellouts 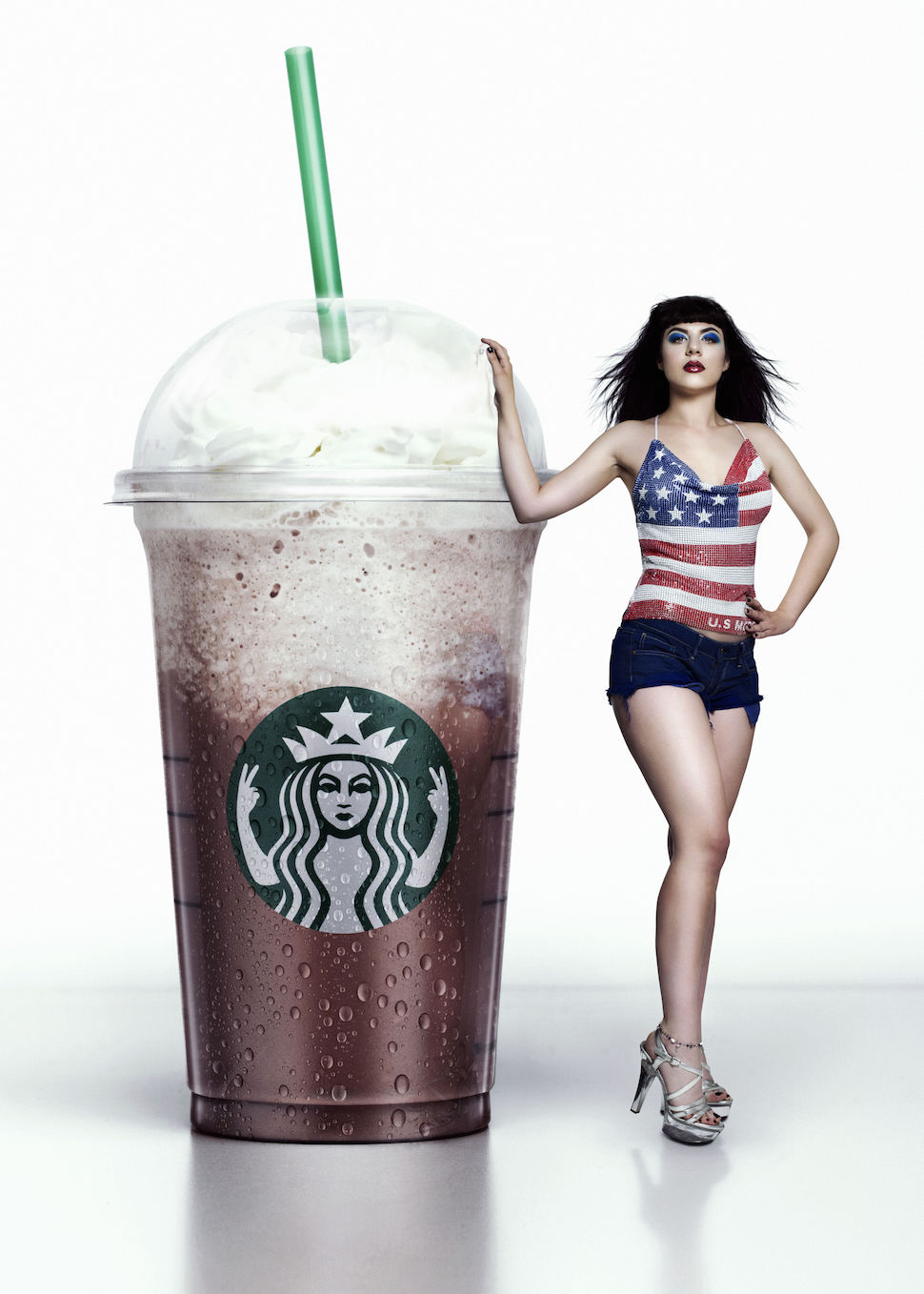 As PC Music’s own GFOTY gets set to unveil her Greatest Hits album this Friday (and a special ‘GFOTYBUCKS’ show in London on Thanksgiving), we’ve got a couple exclusives to sink your speakers into. Up first: the pop impresario’s new “Lemsip” clip.

“This video is sick,” she explains, “because it has that hot babe from Linkin Park’s ‘Crawling’ video pretending to be me. Maybe I shouldn’t have said that because people might’ve thought it was actually me and be like, ‘Oh wow, GFOTY is so fucking bangin’!’ Well the cat’s out the bag now guys! Anyway, watch this amazing Ambar Navarro video. Oh! And I’m actually drining Lemsip right now.”

Now that we’ve gotten that out of the way, here’s the main event: GFOTY discussing five of her favorite sellouts, a.k.a. the Greatest Listicle of All Time….

MR. BLOBBY
Mr. Blobby sold out before he even sold in. I was with my friends Henry and Johnny—why, just the other day—and a conversation between the three of us struck up. We wondered, “What was going on in that board meeting? Who came up with Mr. Blobby when they were trying to create a fun fictional friend for Noel Edmonds? Did Noel Edmonds ever need a friend? And was Mr. Blobby the first idea they had? Surely not! But seemingly so!”

And then just BAM! Out he comes with a 15-song album and ruins any credibility of being a respected artist before even proving himself in any way, shape, or form. Mr. Blobby let himself out there in an instant with songs like “Ten Pink Blobbies” and “Mr. Blobby’s Lonny Bathtub Band,” you’d think he’d rather off topped himself off before all this mayhem but it looks like that pink monster would do anything for a bit of that soft, golden money. Pure Disgusting Sell Out.

ELLIE GOULDING
Ellie Goulding’s hair is most certainly not a product of Pantene. Have you tried Pantene before? So have I. Ellie, what does it even mean to train your hair strong; could you answer that? It makes no sense! I riddle you this…. Has anyone EVER, in the history of EVER, bragged about the wonders of Pantene shampoo and conditioner have done to their hair? NO! It just doesn’t happen. There was a time when Aussie Three Minute Miracle had a quick brush with fame, but Pantene?

I mean, come on Ellie, you’re above this. You have so much more to give. OH NO, WAIT…. YOU DON’T ELLIE; YOU DON’T. I was willing to let this slide but then I forgot what you did to Elton John’s “Your Song.” I forgot the horror you caused me and millions of telly viewers on the Christmas of 2010. And for who? For the giant corporate chain of DELUCE department stores and John Lewis. This girl is pure carnage—the liquid dream of sellouts. We need to put an end to her ways before it’s too late and she makes it into the next Tesco’s commercial. Because let’s face it Ellie; you’ve never been inside a Tesco’s in your life.

RICHARD BRANSON
I remember the days of Virgin Mary—and virgin piña coladas! Then, in steps Big Man Branson to monetize all of this! Virgin Megastores, Virgin Atlantic, Virgin Trains…. What’s next? A Virgin Space Shuttle? One thing’s for sure—he’s gonna make a whole lot of cash, due to being such a SELLOUT! People used to respect this guy for the hard-working businessman he was, but now he’s just creating utter ridiculousness just to make a quick buck. I eagerly await the day Richard Branson takes a good hard look at himself in a mirror and sees what he’s become—a true monster in the eyes of evil.

THE HAMBURGLAR
Remember McDonald’s? So do I. And the one guy who took it in stride—totally ruining the face of any fast food chain with the blink of an eye—has got to be this guy. It says it all in his name. The Hamburglar. The Hamburglar cashed in Big Time once he saw what that total clown Ronald McDonald could do. Some might argue that the Hamburglar did anything but sell out, after actually making one of the worst advertising moments IN HISTORY with the 1/3 pound sirloin hamburger in 2015. I mean, he basically came back as some sort of creepy bandit dad who would do some bad things to a lot of undeserved people. The Hamburglar retired in 2002. So, why did he come back? For an extra bit of #fame? Or to ruin the face of McDonalds forever? He should’ve stuck to what he did best. I’m still not so sure what that is, but it’s embarrassing on so many levels.

DANNY L HARLE
HUGE DANNY; more like HUGE SELLOUT ALERT. Danny L Harle rose to fame a few years ago with “Broken Flowers”; the world loved it and loved him. He made some more chart bangers; he wore glasses for his eyesight; he used to smile and make classical music. He was a classic man. I’m guessing what happened here is he saw what Calvin Harris could do to his body to make a few extra pounds and thought to himself, “BINGO!”, and then he just completely changed his whole character! He made a song with Carly Rae Jepson, who, let’s face it, is the Ferrari to Danny L’s Nissan Micro. But he wasn’t to stop there—now he’s flying in and out of LA like four times a year for that chance to meet another star, like Tulisa from Ndbuz or something. When’s this guy gonna stop!?