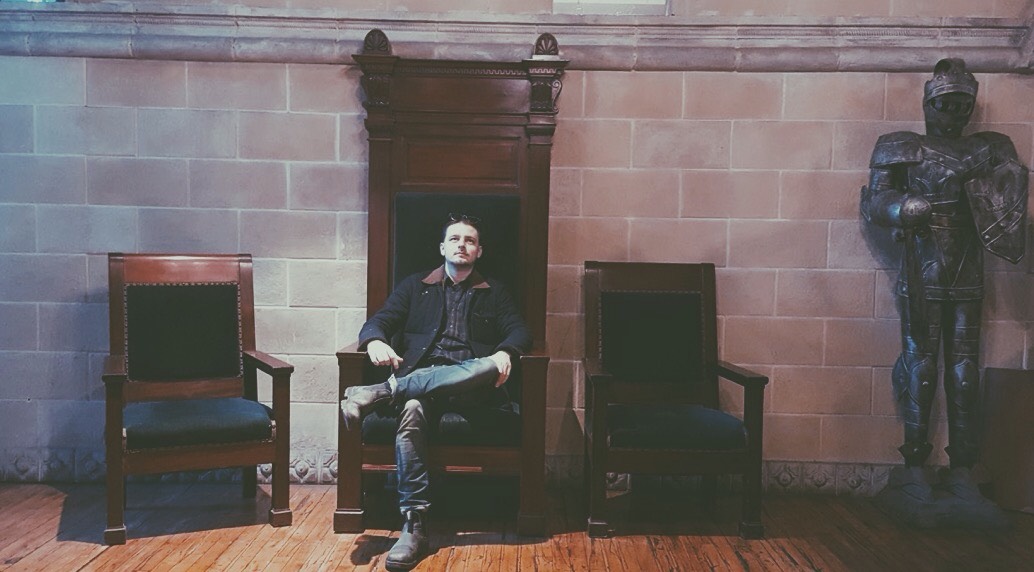 I became really interested in hockey after moving to Quebec, but it’s always been in the background ambience for me. Really since my Calgary childhood. I remember having an uncle who was a forward who played 184 games for various NHL teams like the Islanders, Blues, Red Wings, and even Ottawa’s defunct Civics. He seemed like such a displaced family member and I don’t think anyone is really in touch with him anymore, but my family is not in touch with me anymore either and I will probably never play hockey, especially professionally.

I loved the sounds and still do. Always thought it would be amazing to play in a large hockey stadium. (Maybe Bell Centre in Montreal or Saddle Dome in Calgary Alberta.) And I have love for many teams; it’s hard for me to pick an absolute favorite. I was happy with how well the Calgary Flames did this year, but the Canadiens and Blackhawks have also been longtime favorites—two of the best overall teams in NHL history, in my opinion. I just enjoy watching and it can be entrancing on the right screen and the right night with the right beer intake, which brings us to…

5 Beers to Try During the Stanley Cup Playoffs 1. OLD MILWAUKEE DRY
Oddly enough, one of the cheapest beers currently available at dépanneurs and most decent marchés in Montreal. Surprisingly refreshing when served cold and does the trick at 5.9%. 2. LAURENTIDE
Basically a Quebec version of Molson Canadian that kept the French name and way better looking logo. Again, refreshing and crisp at the right temperature. Only available at specialized [convenience stores] and dive bars in Montreal, but I’ve really come to enjoy it time and time again. 3. ALEXANDER KEITH’S INDIA PALE ALE
Not sure why it’s referred to as an IPA. This beer reminds me more of a basic blonde ale, but it’s honestly not bad, and again at the right frost and time can do the trick. 4. BUDWEISER
Used to hate it—I largely still do—but at the right bars on tap, it has been great while watching the game. Maybe there is some truth in why it’s still oddly the most consumed beer in Canada, as it is an American beer. 5. MOLSON CANADIAN
A lager that I used to hate and remember my Ontarian redneck uncle drinking a lot of during the 1990’s during summers in Muskoka Lakes in Canada. I recently started seeing it around at bars and places again with the vintage logo brought back and been enjoying it. Not bad but not good, but what is?

Kyle Bobby Dunn is currently working on a solo follow-up to his PERILS project with Benoit Pioulard. Check out a previously unreleased track below, along with some other selections from the ambient composer’s back catalogue.