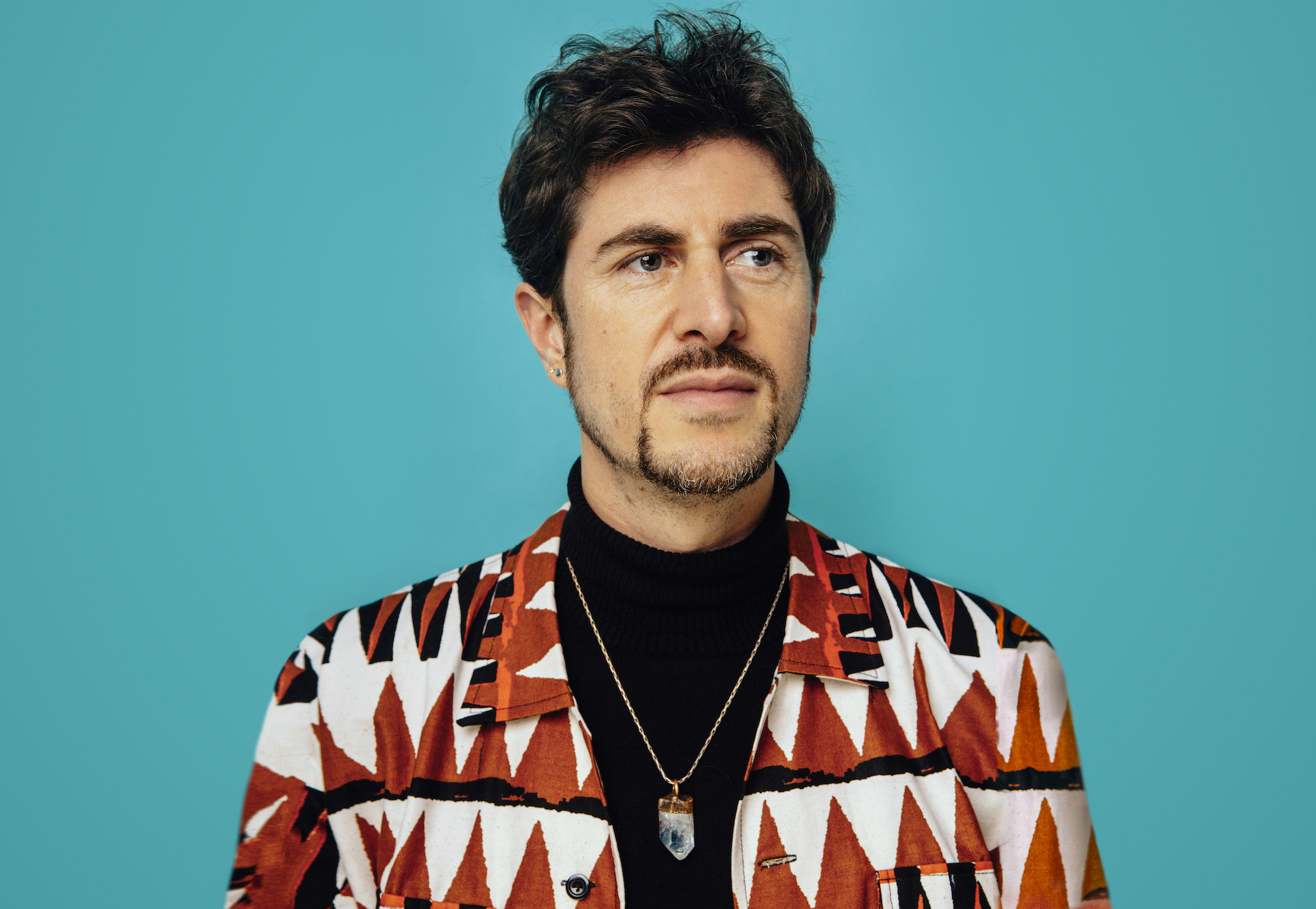 With Paul White set to drop his latest solo LP (Rejuvenate) through R&S on April 28th, we thought we’d ask the UK producer to channel his psych-steeped, sample-spliced sound in an exclusive DJ mix for our Needle Exchange series. The seamless 52-minute set opens a portal into his creative process, a sorely overlooked back catalogue of wildly experimental beats and deeply expressive duets with the likes of Open Mike Eagle, Homeboy Sandman, and White’s longtime collaborator Danny Brown. Not to mention White’s own personal crates of prog rock, free jazz, acid folk, ambient electronics, and more.

Have a listen below, right alongside a complete track-by-track commentary and a look at White’s own music from over the years….

INTRODUCTION
Got this beauty from a Jimi Hendrix album.

PAUL WHITE (FEAT. SHUNGUDZO) – SPARE GOLD [R&S]
This is the first single from my new album Rejuvenate. It features Shungudzo, who features on two of the album’s tracks. We made this from scratch in a day, after talking about the stress and pressure that keeps you from yourself and the joy of life.

IAN NEAL – KINGDOM OF THE BIRDS [MIDDLE MANAGEMENT]
Heard about this guy very recently. He plays all the instruments himself, like I did on my new album. I love this song; the sonics are great and the synth solo gives me such a rush. It just flies.

GÜNTHER FISCHER-QUINTETT – EISBLUMEN [AMIGA JAZZ]
These guys are killer. I love the calm, peaceful vibe in this song. That Fender Rhodes and those phasing cymbals are so beautiful.

CHILDREN TALKING INTERLUDE
Let’s all be more colourful! I bought two pairs of red shoes today. Why so much black and grey in London?

SYKET – YES PINKI! [BASELINE MUSIC]
This is one of those songs that flies. I love those synths; they lift you up and carry you away to some beautiful world.

ISSA BAGAYOGO – NUMU [WRASSE]
I love this guy’s music; it’s very pure and fun and exiting! Makes you feel great! Beautiful rhythms and instrumentation. Makes me dance around my room.

PAUL WHITE – RETURNING [R&S]
Forthcoming on my new album, a very important song to me this—the first I’d written sober in 15 years. showed me I didn’t need weed to write music, because up until then weed and music went hand in hand. It was the start of my rejuvenation process.

THE FUGS INTERLUDE
Pure jokes and fun, silly stupid fun; we should all be having more of that.

JIMI HENDRIX – BOLD AS LOVE [POLYDOR]
My friend’s dad just gave me his entire record collection. This was in it. Such a great song amongst a great album—amazing energy. Love the raw old recording too, pure the way music should be. Jimi’s playing speaks for itself.

DANNY BROWN – DANCE IN THE WATER [WARP]
One of my favs from the tracks we did together on Atrocity Exhibition. Mad, pure, raw free rock energy. This is rock music with rapping over it.

MAC DEMARCO – STILL BEATING [CAPTURED TRACKS]
Love this guy. This song is a beauty—very honest and relatable with resonant lyrics. Love the simple but beautiful songwriting on that whole album. This song just drifts along effortlessly.

OPEN MIKE EAGLE AND PAUL WHITE – ADMITTING THE ENDORPHIN ADDICTION [MELLO MUSIC]
This was the first song me and Open Mike Eagle recorded for our Hella Personal Film Festival album. It just might be my favorite. The lyrics in that vocal sample at the start are just too sad/beautiful/powerful. They make me cry!

JONI MITCHELL – HEJIRA [ASYLUM]
I found this song real late. I heard about it when I found out Jaco Pastorius played bass on it. Jaco and Joni, a stunning combo, both such rich emotional musicians. It makes for a such powerful song! I hear Joni and Jaco speaking to each other through their playing.

DENAI MOORE (FEAT. KWABS) – ALL THE WAY (PAUL WHITE REMIX) [BECAUSE MUSIC]
Denai Moore features on two songs on my upcoming album. It was a joy to work with her vocals again, and this time with Kwab’s also. I played all the instruments apart from the strings, which was so much fun playing along with two amazing vocalists.

SARAH WILLIAMS WHITE – WINTER SUN [FIRST WORD]
I love this song by my sister; I think it’s stunning. Very powerful. Beautiful keyboard playing, singing, and songwriting. Great exciting, energetic sonic worlds in this, and really great lyrics. So playful too! Love the build in this song to this massive energy at the end. Her husband Timmy Rickard is on drums and he mixed it; you can feel their special chemistry.

ENYA – BOADICEA [ATLANTIC]
Such a beautiful, moving song, this. Obviously everybody knows The Fugees song “Ready or Not”, which sampled this Enya song, but the original is something special. I’d love to work with Enya.

GOLDEN RULES – PLAY SOME LUTHER [LEX]
Golden Rules is me and Eric Biddines from Florida. This is from our last album Golden Ticket, which came out on Lex Records. This song features guest vocals by the wonderful Mara Carlyle; it’s one of my favs off the album, so playful and fun. We on our way to completing album number two for a 2019 release.

Previous Åmnfx Makes Us a ‘Past & Present Mix’ of Experimental Music From Eastern Europe
Next Kouta Shares IDM-Indebted Lead Single From Debut Album, I Was Yesterday