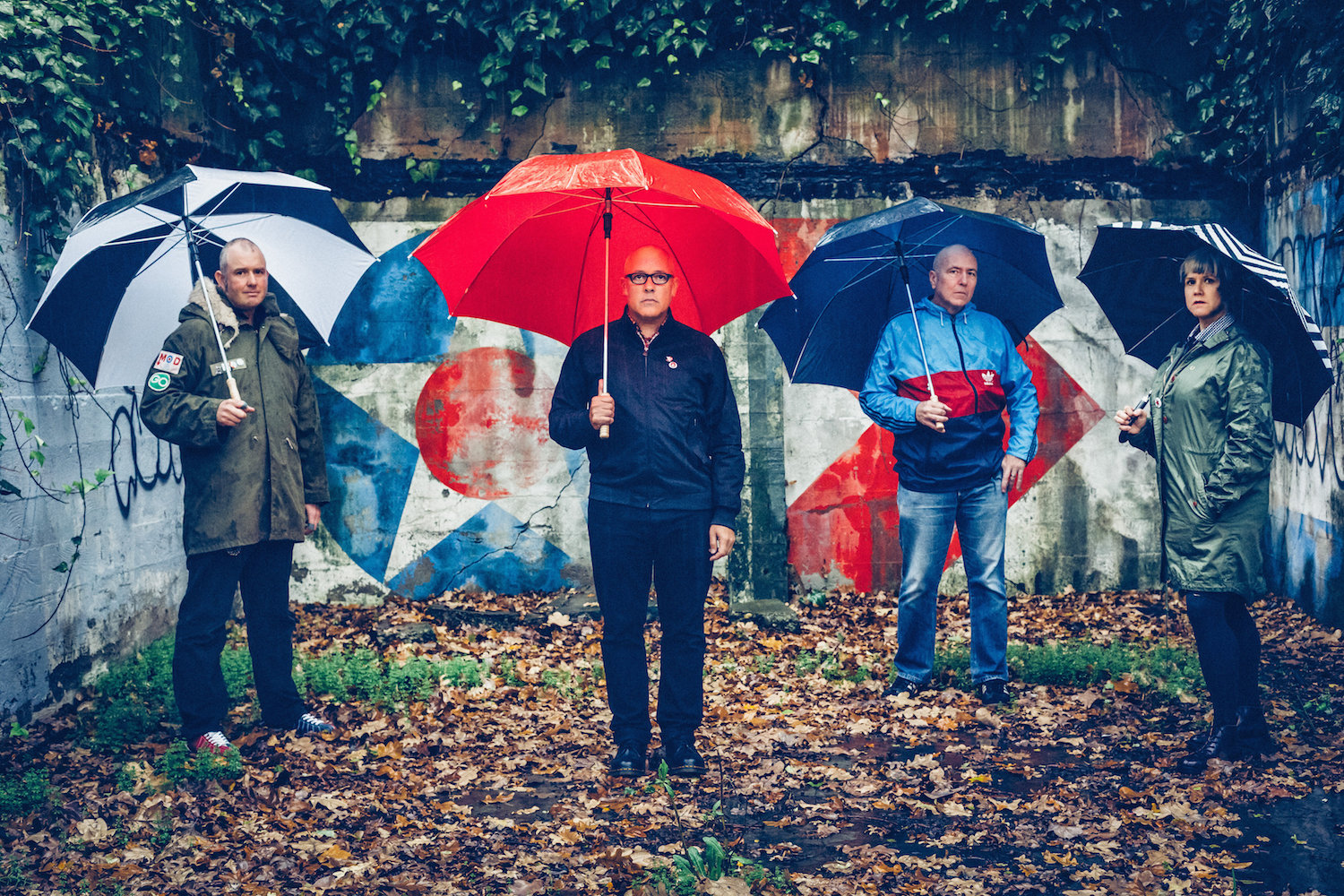 It shouldn’t be a surprise given the group’s background—stints in Boyracer, Whorl, Lunchbox, Black Tambourine and more—but there’s more to Hard Left than the prickly mod/punk anthems that are found on next week’s We Are Hard Left album. How about a love of everything from Hawkwind to Lee Gamble for starters?

Or as guitarist/vocalist Tim Brown puts it in this week’s exclusive Needle Exchange mix, there’s a “12-track journey” to be had, “from glam-punk roots to space rock, ambient and deep jungle ephemera, via mid-period ‘Trane to dub, Krautrock and obscure Brandenburgian punk and beyond.”

Stream/download the eclectic set below, right alongside Brown’s entire track-by-track breakdown and an early listen to the band’s LP…

Mott the Hoople, “Roll Away the Stone (Live)”
Mott was Mick Jones’ favorite band for good reason. Sublime bootboy glam with refined pop sensibility. This live track is from the 1973 tour captured on the Mott the Hoople Live LP and later reissued with a second night of music on CD. There’s a rockabilly party on Saturday night!

Motörhead, “City Kids”
An early track from the Motörhead repertoire, covering the Pink Fairies’ “City Kids.” This track made up the B-side of the band’s 1977 10” with “Motörhead” on the A-side. No surprise that Lemmy played for awhile in the Damned. Also no surprise that the Pink Fairies’ Twink founded the Rings, an overlooked gem of ’77 punk. “Cruising on speed, we’ve got more than we’ll ever need, and ain’t life sweet.” Best lyric ever.

Hawkwind, “Urban Guerilla”
“Motörhead” was of course a Hawkwind song before it was a Motörhead song. The Hawkwind version is equally sublime, if less “speedy” than the Motörhead version. Hawkwind: one of the greatest bands of all time. Pure motorik rock power married with tripped out proto-synth sonics and sci-fi lyrics. This 1973 track was banned by the BBC for its evocation of political violence at a time of attacks by the IRA. A more relevant influence on the song was the left-wing Angry Brigade, a group that carried out a wave of Situationist-inspired (non-lethal) bombings a few years earlier. (Hawkwind played a benefit for members of the group on trial as the Stoke Newington 8.) Features vocals by Robert Calvert—his only recorded performance before reappearing as frontman on 1976’s classic “Quark, Strangeness, and Charm.” I considered posting “Sonic Attack” instead but it scares the shit out of me every time, so I decided not to give people nightmares.

Watch out Mr. Businessman; your empire’s about to blow!

Shuttle 358, “Logical”
Picked the CD this track came off of in my favorite little now-defunct ambient shop in Berlin-Mitte. It was playing on the shop stereo. The track speaks for itself—doing ambient right. (start time: 10:12)

Lee Gamble, “Rufige”
From British DJ Lee Gamble’s awesome Diversions 1994-66 LP, in which he strings together only the ambient bits from a bunch of tracks off his collection of jungle cassette mixtapes. Best idea ever. As much as I like the beats, I like jungle more for this. Moments of ethereal, slightly-dread beauty that make you nostalgic for the future.

Tek 9, “Pushin’ Back”
Side project of 4Hero’s Dego McFarlane, taking things in a downtempo direction with sweet diva vocals from Samantha Powell melting into haunting sax squawks, dissolving in turn into the sublime tones of the master.

John Coltrane, “Body and Soul”
What can be said about this? Trane’s 1964 re-harmonized version of the 1930 classic. Listen for the “Trane changes”—first deployed in 1960’s “Giant Steps”—on the bridge. The early-’60s Coltrane is without equal.

DJ Marky & XRS, “Moments of Lust”
Another Berlin playing-in-the-shop-I’ll-buy-it find. Beauty from Bryan Gee’s Movement 2003. Could listen to this on a loop all day long. The whole LP is worth getting.

Keith Hudson, “Depth Charge”
From Keith’s 2004 album Pick A Dub. Dreamy, washed out, languid dub does not get any better than this.

Blutiger Osten, “Jungs Von Der Havel”
A little contemporary East German punk to round things off. Love the trade-off lead vocals. There’s no more East Germany. Or is there?