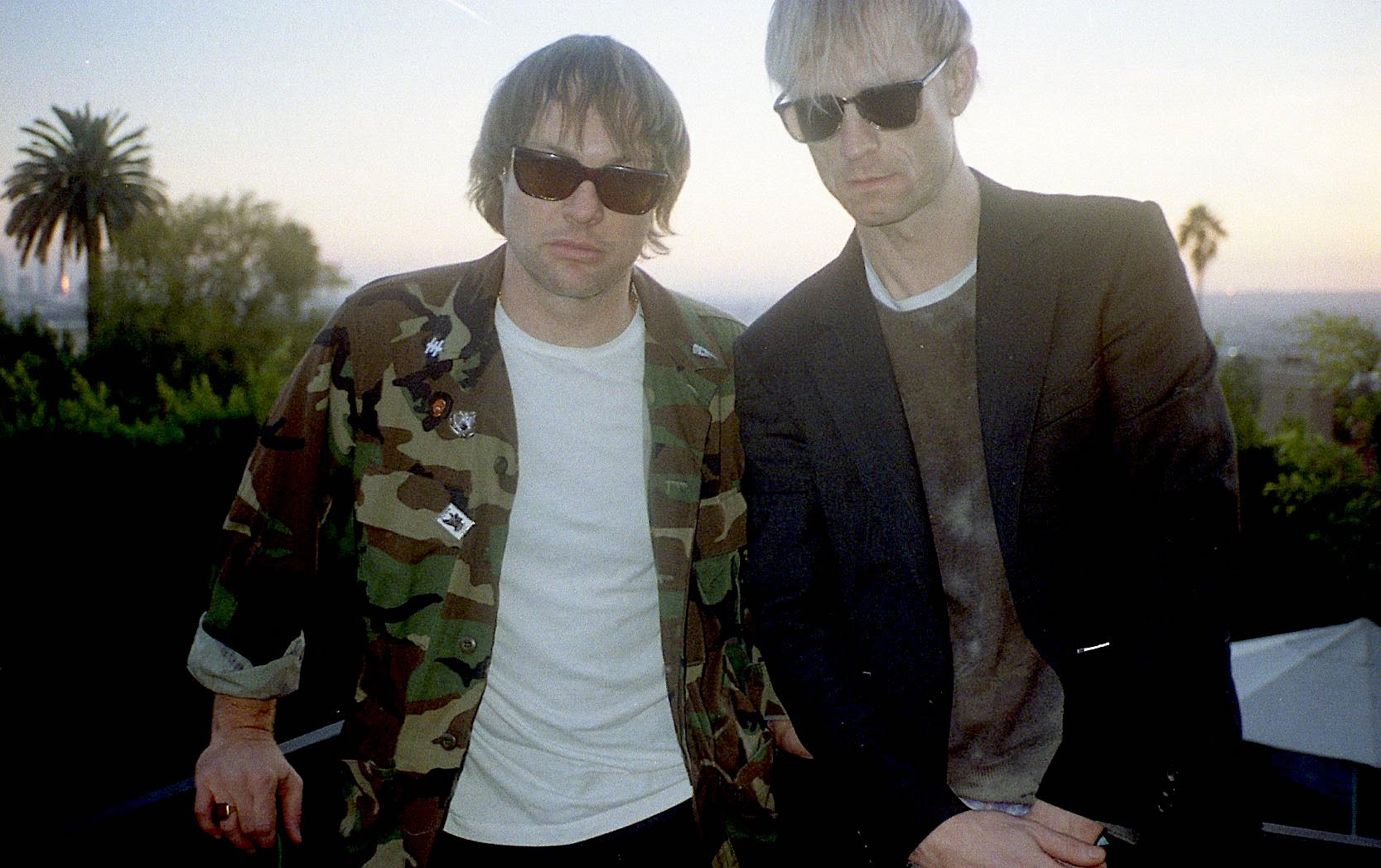 It’s kind of fitting that Reggie Debris and Don Devore (Sick Feeling, Ink & Dagger, Amazing Baby) haven’t released a proper LP in the five years since they formed Collapsing Scenery. After all, the bi-coastal duo have always treated their collaborative tracks as more of a restless art project than a standard procession of songs and ‘records’.

Or as their bio puts it, “they’re not even a band—they’re curators of a series of planet-planning events, expressions, exhibitions, albums, installations, journeys, adventures and parties, all operating outside of the confines of the tired traditional industry.”

Musically speaking, Debris recently told the Los Angeles Times that Collapsing Scenery began with the basic goal of making “electronic music without the computer.” Today’s #selftitledpremiere (the Liars-esque “The Resort Beyond the Last Resort”) is a perfect example. According to Debris, its skittish instrumental “came about from a long improvised session at Sunset Sound in LA. The Korg Volca Bass provides the ominous swooshing sound that underpins the groove. We snipped and chopped the jam into the track you hear today, with help from the great Mary Lattimore on harp.”

And those lyrics? “The term ‘The Resort Beyond the Last Resort’ is CIA slang for assassination,” says Debris. “I can’t think of a governmental organization that’s been more wrong more consistently with more disastrous consequences than the CIA. From Mossadegh and Arbenz to Allende to torture and rendition, the CIA has proven again and again that it exists not only in a moral vacuum but also a strategic one. It’s worth remembering this as the center-left fawns all over our intelligence community just because they’ve shown a modicum of independence from our monstrous president.”