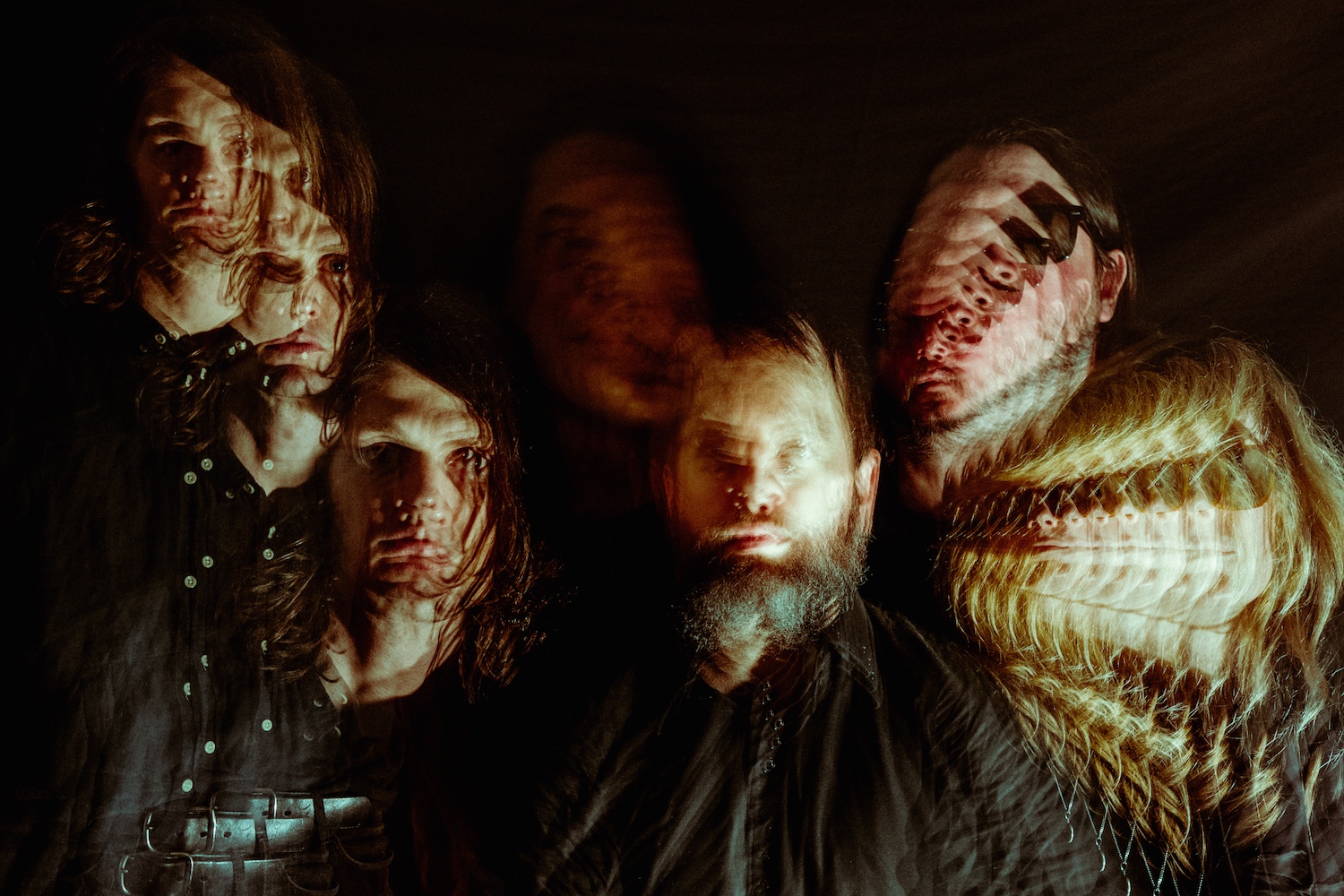 The idea behind Guest List couldn’t be simpler: make us a Spotify mixtape of music you’re really into right now. In The Black Angels’ case, means a metric ton of psychedelics (including two deep cuts from the sorely overlooked surgeons in Clinic, a truly strange Radiohead track, and a haunting reminder that Damien Jurado kinda rules) and left-field selections from Låpsley, Rihanna, and Faust. Subscribe to the set here, or listen to it in full below, right alongside some track notes from each member of the Austin band to show you just how varied their personal tastes are.

Speaking of, the first Black Angels album in four years—the tortured head trip Death Song—is due out this Friday through Partisan Records. As you’re about to find out, it rips too….

Clinic – Miss You
Like all of Clinic’s songs this one is sinister and mysterious. When I listen to it, I feel seriously haunted and I’m ok with that.

Damien Jurado – Silver Timothy
This song is a gem and one of my favs off of Brothers and Sisters of the Eternal Sunshine. Damien’s voice is so beautiful here and the guitars tones mixed with the drum sounds he and [Richard] Swift got on this song made me instantly jealous. I want to be in their heads when they work together.

Ernest Tubb – Thanks a Lot
Being from Texas, this song—like most old country classics from that time period—pull at my heart strings. His voice here is so warm and real. It speaks on heartache and love and blame. Thanks a lot Tubb for all your songs. I’m so drawn to old country standards because of how undeniably real they are to me.

Morgen – Love
I first heard this at the beginning of 2016 and was immediately drawn in by the bass line and the Jim Morrison-y style vocals. It sounds like something bad’s about to go down—like a gangs walking down the street about to cause havoc.

Brass Buttons – Hell Will Take Care of Her
This has a very Beatles-y influence in the vain of “Rain,” one of my favorite Beatles songs. It’s all about an evil woman who’s out to steal your soul, but in the end she gets what’s coming to her.

Radiohead – 4 Minute Warning
This sounds like the end of the world. A favorite lesser-known Radiohead song of mine. Nothing quite nails the vision of what’s to come for humanity if we continue down the path we’re on. “This is just a nightmare, soon I’m gonna wake up…”

Clinic – Misty II
This sounds like pure evil sneaking up on you, like a cobra about to strike. Something sinister is lurking in the shadows.

Billy Nicholls – London Social Degree
From the very underrated album Would You Believe (1968) which was inspired by Pet Sounds and written by Nicholls while still a teenager. This is my favorite track off of that record and is an acronym for something mind-expanding, just like “Lucy in the Sky with Diamonds.”

John’s Children – Smashed Blocked
This 1966 gem combines the chaos and confusion of the later ’60s with the sweet doo-woppy sounds of the ’50s. It’s a psychedelic ’50s anthem, British style with a Spector-ish Wall of Sound production.

Låpsley – Station
The slow build and minimalistic approach of this song is amazing – the song really pulls the listener in. And, for me, knowing that Låpsley does both vocals (female and male) makes the song even more powerful.

Rihanna – Needed Me
I am a big fan of bad girl Rhi Rhi, and I really like her vocal vulnerability, production, and tones used in this song. “Desperado” is another good one from this album.

Jean Claude-Vannier – La Horse
The theme song to the soundtrack from the 1970 French film La Horse. Written by Serge Gainsbourg in collaboration with Jean Claude Vannier. This song makes me feel like James Bond’s boss. Cinematic in every with gorgeous orchestration and a seductive sense of danger

Faust – Jennifer
This song from the 1973 album Faust IV has the most interesting bass line. It pulses through and keeps the song hypnotic in a very strange way. They definitely tapped into something here with this recording….

The Cobras – Restless
A rare instrumental shaker from Stax in 1964 featuring the Mar Keys Rhythm section from Memphis Tennessee. Steve Croppers guitar is on fire. It’s like listening to Link Wray’s entire catalog all in one song. A very simple song but very powerful in rhythm and space.

Xhol Caravan – Planet Earth
Released in 1969 as a bonus track from the Krautrock album Electrip. This song sounds like it could have been recorded by extra terrestrials. It also contains my favorite guitar solo.

The Everly Brothers – Hard Hard Year
Classic Everly Brothers harmonies explain a farmer’s hardship on this track from their 1966 album Two Yanks in England. The backing band for this was actually
The Hollies, which explains the soaring fuzz lead that comes out of nowhere. The song swings like a waltz but with a Byrds-esque tambourine laying the rhythm.

Swell Maps – Helicopter Spies
This band bent experimental recording with punk aggression. Abrasive guitar tones mixed with screeching otherworldly sounds. This is my favorite example of all of these elements together from this amazing band!

Iggy Pop – Nightclubbing
My favorite song from my favorite Iggy record. It’s slinky and nasty with the right amount of swagger and space. Hypnotic drudge.

King Tuff – Losers Wall
This song sounds like something off of The Idiot, also by Iggy Pop. The vocals growl and the song just feels right. It’s also cool his name is Kyle!

Deerhunter – Coronado
This song to me is what the Stokes could have done if they evolved naturally. It’s hard to pull off saxophone in a song ever. Enough said, much respect.

Primal Scream – Sideman
This song just rips my face off. The repetitive off-kilter beat and the driving piano line drive it into my skull. It’s Miles Davis’ On the Corner in a modern context.